You are at:Home»Equity ETFs»Bank ETFs can Rebound After Big Disappointments 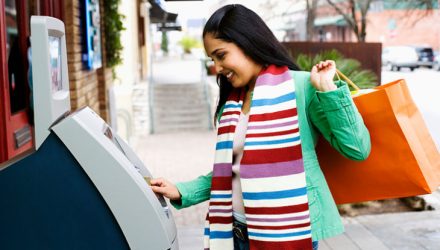 Nearly five months into the year, investors by now know that the financial services sectors and the related exchange traded funds, such as the Financial Select Sector SPDR (NYSEArca: XLF), are big disappointments.

For example, XLF, the largest exchange traded fund dedicated to the financial services sector, is up just 2.5% year-to-date. That after the Federal Reserve boosted interest rates in March with expectations for more rate hikes later this year.

There are some positive signs emerging for XLF and other bank-related ETFs. Investors would do well to check out the charts on some XLF’s big-name holdings.

“Failed bearish patterns often become bullish signals. We can see similar patterns in JPMorgan Chase (JPM), Bank of America (BAC), and U.S. Bancorp (USB). However, there are some big banks with patterns that already look bullish. Citigroup (C), for example, sports a trading range with rising bottoms. This is called a pennant or ascending triangle, and it usually resolves in the direction of the trend that preceded it. In this case, that would be to the upside,” reports Michael Kahn for Barron’s.