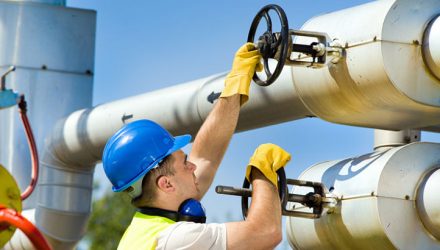 Apathy Takes Over Energy Sector Ahead of May 25 OPEC Meeting

Energy’s earnings drag is evaporating as S&P 500 energy earnings are expected to be only slightly negative for the fourth quarter and offer significant upside potential moving forward in 2017. XLE currently resides near its lowest levels since prior to the U.S. presidential election in November. Exxon and Chevron combine for over 38% of XLE’s weight.

“Consistent with the shift of focus in the oil market to spot balances, it is notable heading into the May 25 OPEC meeting that oil timespread and prices are mostly unphased by the increasingly explicit OPEC headlines around an extension, with focus instead on near-term balances. This suggests a likely muted response to the announcement of an extension with more downside risks given the current negative view on 2018 balances should an extension not occur,” according to Goldman Sachs’ Jeffrey Currie by way of Barron’s.