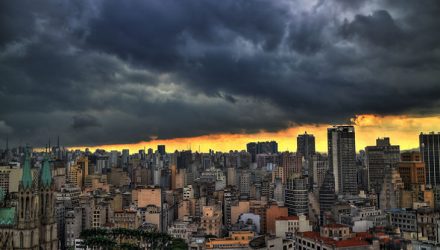 As ETF Trends reported last Friday, money managers from Morgan Stanley to BNP Paribas SA argue that the short-term volatility is not changing their long-term bullish view on Brazil. Morgan Stanley said it remains “constructive” on Brazil due to improvements in the emerging country’s external accounts and the central bank’s ability to minimize volatile moves. BNP Paribas Investment Partners said the “political noise” would not alter its view on Brazil, even if there is an orderly transfer of power in the government.