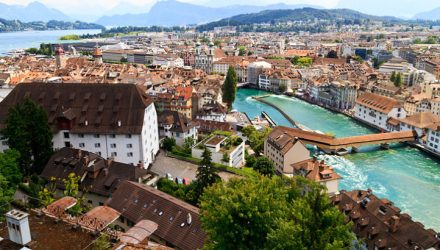 Nearly half of the world’s dividends are paid by ex-U.S. companies. Not only does IGRO offer exposure to that theme, but it offers investors exposure to some of the steadiest international dividend markets.

IGRO holds 423 stocks, the bulk of which hail from some of the most dependable ex-US dividend growth markets. For example, the U.K., Canada and Switzerland combine for about 42% of the ETF’s weight. Because this is a dividend growth ETF, it is not altogether surprising that Japan is prominently featured at almost 13%. While Japan is a historically low-yielding market, in recent years companies there have been taking steps to boost payouts. Plus, Japanese companies are cash-rich, meaning they can support growing dividends for the long-term.

IGRO caps holdings at a weigh of three percent when the fund is rebalanced. IGRO’s underlying index requires “that companies have positive earnings forecast and have earnings paid out as dividends that are less than 75%,” according to iShares.

IGRO allocates almost 20% of its weight to financial services stocks while consumer staples and healthcare names combine for a third of the ETF’s weight. The consumer discretionary and industrial sectors combine for almost 24% of IGRO’s roster.