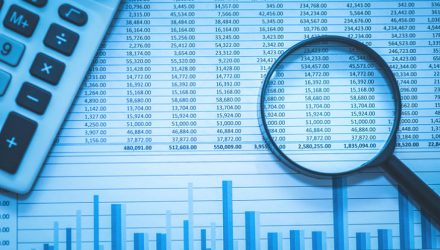 With the current bull market in U.S. equities continuing, some investors believe it is getting increasingly difficult to find sectors that are inexpensive relative to their long-term averages. Energy and financial services are among the sectors frequently mentioned as showing some signs of value.

The Financial Select Sector SPDR (NYSEArca: XLF) and other financial services exchange traded funds have spent ample time in the spotlight this year as the Federal Reserve raised interest rates in March and due to speculation that the Trump Administration could deliver reforms that lift the S&P 500’s second-largest sector weight.

“Large bank stocks have been weak recently after seeing outperformance in the months following the elections. Concerns have arisen as to whether any meaningful policy changes will arise,” according to a JPMorgan note cited by CNBC. “Large bank stocks are now attractively valued relative to the market.”