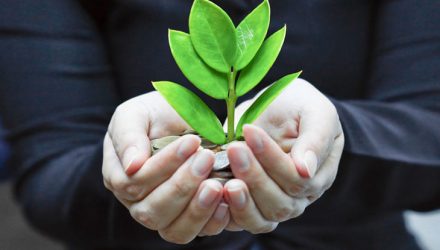 A Green Bond ETF Income and a Positive Impact

Among the new fixed income exchange traded funds to have come to market this year, the VanEck Vectors Green Bond ETF (NYSEArca: GRNB) is the only one dedicated to socially responsible investment theme.

GRNB tries to reflect the performance of the S&P Green Bond Select Index, which is comprised of debt issued for qualified “green” purposes.

“Green bonds are an emerging asset class which is ultimately fuelled by the increasing determination of governments to lower global carbon emissions in order to limit climate change,” said Fitch Ratings in a recent note. “The European Union has been a driving force in establishing the market, linked to its Renewable Energy Directive enacted in 2009. The green bond market has grown rapidly to become a global asset class for all sectors, boosted by the UN COP 21 climate agreement in December 2015. Global policy makers see green bonds as a key tool to implement national climate change targets.”