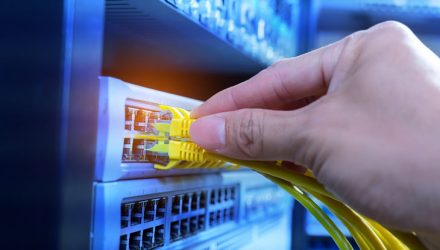 EMQQ allocates 62% of its weight to Chinese companies, including familiar names such as Alibaba (NYSE: BABA). South Korea and Russia combine for 22% of EMQQ’s weight.

The developing world make up 85% of global population and 50% of global GDP. There is a much larger younger population in emerging countries than developed countries. The emerging markets are also characterized by faster growth rates. Lastly, after the recent multi-year underperformance, emerging stocks look undervalued and attractively priced, compared to U.S. equities.

“Still, the strategy is paying off for now as investors are piling into the fund. EMQQ, which charges a fee of 86 basis points, had never attracted more than $3 million of net inflows in a month until October, according to data compiled by Bloomberg. Since then, investors have added $24.1 million, the data show,” according to Bloomberg.

China is the world’s largest Internet market with more Internet users than the U.S. population, but many emerging markets have small Internet penetration. That bodes well for EMQQ’s long-term growth potential.
EMQQ and ETF Trends will delve into the greater influence of emerging market consumers, their preference for online shopping via the smartphone and ways for investors to gain targeted exposure to the rapidly expanding e-commerce segment. Advisors can register for a May 16 webcast on EMQQ here.