You are at:Home»Equity ETFs»U.S. Stock ETFs Take a Back Seat to French Election Risks 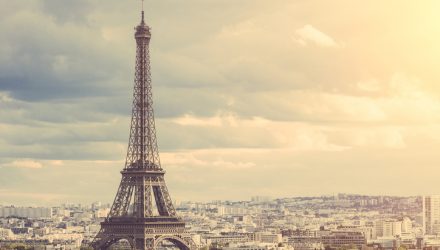 “Although Macron has been labeled as favorite to become the next French President, an unexpected Marine Le Pen victory could deal a symbolic blow to the unity of the European Union and ultimately create a tidal wave of risk aversion,” FXTM analyst Lukman Otunuga said in a note.

Of the 95 companies in the S&P 500 that have reported earnings through Friday, around 75% beat expectations. Overall S&P 500 company profits are expected to rise 11.2% in the quarter, the best quarterly result since 2011.