You are at:Home»Currency-Hedged»U.K. ETFs Shaping Up Well, Potential to Deliver Near-Term Upside 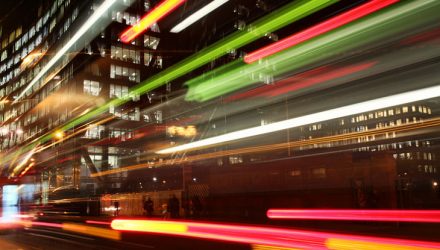 The iShares MSCI United Kingdom ETF (NYSEArca: EWU), the largest U.K. exchange traded fund trading in the U.S., is up 7.3% year-to-date, an impressive performance against the backdrop of Brexit negotiations and the surprise U.K. election, which is coming in just a few weeks.

“UK equities have done well. But much of the FTSE 100’s 20% surge since the Brexit vote boils down to a weak pound and rebounding commodity prices flattering the index, given the heavy weight of global banks and miners. For unhedged foreign currency investors, the outcome is less impressive: a gain of less than 1% in USD terms,” said BlackRock in a recent note.

Some market observers believe U.K. stocks are shaping well on a technical and have the potential to deliver more near-term upside.

“After about a 3.5% pop to start the year, the FTSE returned to test the level of its breakout, around 7100, near the end of January, as we indicated to investors at the time. Or, as we put it, the FTSE appeared to be giving investors another chance to ‘board the FTSE bus’ prior to an ultimate run higher. Indeed, the test proved successful and the FTSE subsequently took investors along for a ride, to the tune of 5% into mid-March,” according to ETF Daily News.