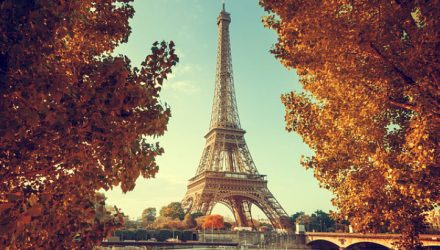 Saying Oui to the France ETF Ahead of National Election

However, investors recently pulled cash from EWQ, but French bonds have been steady performers.

“The bonds take on a “credit” expression at times unlike the the G3 (bunds, gilts, Tsys) which can counter equity flows and generally don’t embody credit or risk on correlations.  Inverse correlations. So, the OAT [obligations assimilables du tresor i.e. longer-term bonds]market, equity expressions and French assets are  taking on correlation expressions with risk assets based on perceptions of developments in political landscape in France and polling ahead of this weeks elections. Today is relief rally, suggesting a more stable anticipated outcome.  Who knows what tomorrow brings,” according to a Brean Capital note posted by Cyrstal Kim of Barron’s.

France is the Eurozone’s second-largest economy behind Germany. Germany also holds elections later this year and Italy, the region’s third-largest economy, is expected to do the same.

The French election uses a two-round system, by which a candidate needs to secure over 50 per cent of the vote to win.

If a candidate does not manage to win an absolute a majority, the top two will go head-to-head in a second vote on Sunday May 7.