You are at:Home»Fixed-Income»Investor Demand for Emerging Market Debt Remains Strong 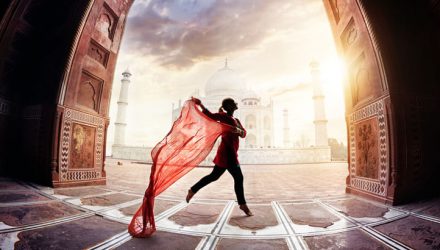 EMB tracks the J.P. Morgan EMBI Global Core Index, a market-cap-weighted index. Potential investors should note that since it is a cap-weighted index, countries with greater debt will have a larger position in the portfolio. EMB’s holdings are also denominated in U.S. dollars. During previous eras of Federal Reserve tightening, dollar-denominated emerging debt has been vulnerable, but EMB and peer ETFs are proving sturdy this year.

Previous Fed rate hikes have triggered volatility in the emerging markets. While many emerging markets have garnered a bad reputation for experiencing spiraling debt defaults in face of rapid currency depreciation, the developing economies are more resilient in a weak commodities environment. The Fed raised rates in March, marking the third time it has done so in the past 16 months. Still, EMB has been a prolific asset gatherer among bond ETFs and is cementing its status as the world’s largest emerging markets bond fund of any variety.

“Investor demand for emerging market (EM) debt has been strong lately, as the near-term risk of trade wars has faded and income seekers have flocked to the asset class’ higher yields. EM debt funds saw 12 straight weeks of inflows, the longest streak since the U.S. election, according to EPFR Global data through the week ended April 19,” said BlackRock in a note out Thursday.