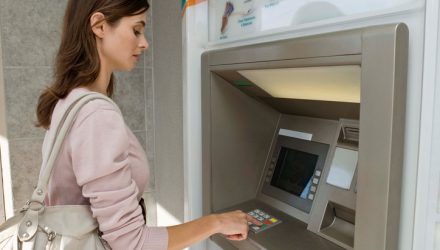 Financial services stocks and exchange traded funds are being viewed as disappointments this year with much of that lack of enthusiasm for the S&P 500’s second-largest sector weight attributable to a more dovish than expected Federal Reserve.

The Financial Select Sector SPDR (NYSEArca: XLF) and other financial services exchange traded funds are being challenged by what investors perceive as a surprisingly dovish Federal Reserve and other factors. Among those others are factors is the first-quarter earnings, which kicks off in earnest for the financial sector next week.

Some analysts and traders argue that investors should be careful in making bullish bets on the financial services space, the S&P 500’s second-largest sector allocation, leading up to earnings season. In fact, analysts currently are not all that enthusiastic regarding bank stocks.

Still, there is some evidence to suggest the Federal Reserve’s three interest rate hikes over the past 16 months will benefit XLF and rival ETFs.

“Most US banks should see an earnings boost from a rising interest rate environment over the next several years, according to Fitch Ratings. However, not all banks will be beneficiaries, and the potential impact will depend on individual bank’s balance sheet positioning and the extent to which a potential flattening yield curve pressures margins and offsets earning asset or fee income growth. Fitch does not expect that the overall impact of rising rates from a flattening curve will create solvency issues for US banks or lead to broad-based negative ratings actions in the sector,” said Fitch Ratings in a recent note.