You are at:Home»Equity ETFs»A Fundamental Approach to Tech ETF Investing 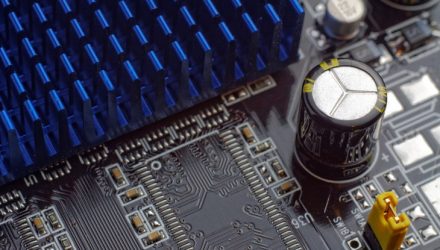 Heading into the first quarter 2017 earnings season, the S&P 500 information technology sector was expected to report earnings growth of 16.2% according to S&P Capital IQ consensus estimates as of April 12, representing the highest growth in the index after energy and ahead of the S&P 500’s 9.7%. While, energy is projected to bounce back from a prior loss, technology is likely to be a top three growth leader for the S&P 500 index for the third quarter in a row, according to Lindsey Bell, an investment strategist at CFRA Research.

Bell highlights that the semiconductors and semiconductor equipment industry is likely to be the driver in the first quarter, with a 39.4% projected growth rate. CFRA equity analysts cover 54 US stocks within the industry and have 24 strong buy or buy recommendations. Other industries expected to experience double-digit growth for the quarter include Internet software & services (28.3%) and electronic equipment & instruments (18.8%).

Technology Select Sector SPDR (XLK) and Vanguard Information Technology (VGT) are the two largest and technology focused ETFs, with $17 billion and $12 billion in assets, respectively, However, there are holding differences between them, as XLK has some telecom exposure, while VGT has more small- and mid-cap exposure. Yet, both these market-cap weighted ETFs have a double-digit percentage of assets in CFRA strong buy recommended Apple (AAPL). As such, a hefty ~17% of assets are weighted to the technology hardware, storage & peripherals industry because of Apple’s size and regardless of its other fundamental attributes.

Guggenheim S&P 500 Equal Weight Technology (RYT) holds 67 S&P 500 tech stocks, but rather than being dominated by AAPL and other tech heavyweights such as Microsoft (MSFT) and Facebook (FB), RYT has a roughly equal weighting in more moderately sized tech companies. For example, semiconductor and semiconductor equipment companies (22% of recent assets) were well represented, including Broadcom (AVGO) and KLA-Tencor (KLAC) and comprised a larger weighting than technology hardware storage & peripherals (11%). RYT has a 0.40% net expense ratio and $1.2 billion in assets.