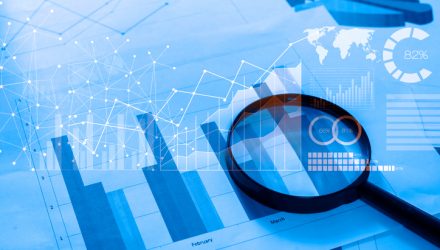 However, JNK has shown a greater deviation from its underlying index and turn over has generated a slightly lower return over the nine-year period ended 2016 with greater risk, Bryan warned. Additionally, the SDPR offering includes a greater tilt toward more riskier speculative-grade debt rated CCC and below.

Bryan explained that HYG more closely tracks its underlying index as the fund accurately reflects the prices avail­able to the fund – mew bonds are added to the index at the ask but are subsequently priced at the bid, which helps reduce the gap with its index, but this also reduces the index’s return.

“So it doesn’t lead to a real performance improvement, just better optics with respect to HYG’s tracking performance,” Bryan added.

Nevertheless, tracking error may not be a long-term factor as other characteristics like underlying holdings and credit quality may play a greater role.

“In the long term, tracking error shouldn’t have a significant directional impact on returns,” Bryan said. “So, the more important issue to focus on is JNK’s tendency to have greater exposure to the lowest-credit-quality bonds, which has made it a bit riskier than HYG. Those who can stomach this risk will likely be rewarded with slightly higher returns over the long term.”

While JNK and HYG have been the go-to for high-yield debt exposure, Bryan argued that the more recently launched Deutsche X-trackers USD High Yield Corporate Bond ETF (NYSEArca: HYLB) is a promising alternative. HYLB tracks an index similar to HYG’s but the Deutsche offering charges a much cheaper 0.25% expense ratio. The only drawback is that it was launched in December 216 and has not established a strong track record.