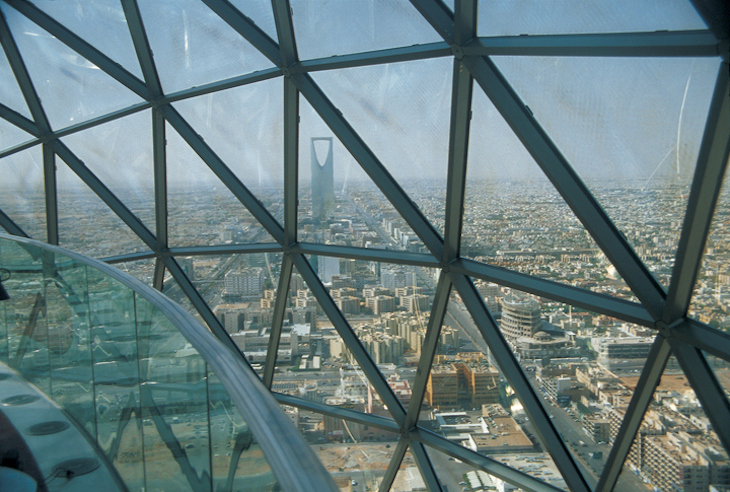 Saudi Arabia is eyeing oil at $60 barrel this year, a comfortable price for many OPEC members, but probably not high enough to encourage U.S. shale producers to significantly increase their rig counts. Getting there is another matter.

“The downgrade underlines the difficulties the Persian Gulf economies are still facing since oil prices started declining in the middle of 2014, curtailing these countries’ main source of income,” reports MarketWatch. “Saudi Arabia and its Gulf neighbors have responded with far-reaching economic reforms, including raising taxes and cutting subsidies, in an effort to diversify their economies and become less dependent on oil-price fluctuations.”

KSA, which debuted in September 2015, holds 70 stocks and has just over $6 million in assets under management.