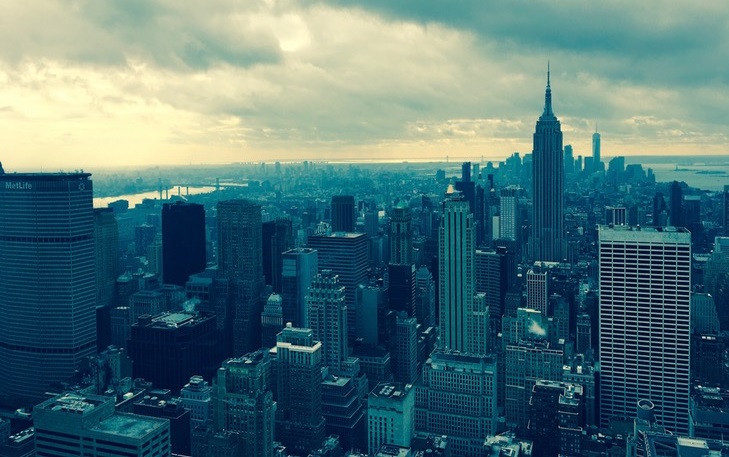 The battle between active and passive management has been raging for years, but in 2016 the momentum was all on the side of passively managed ETFs and mutual funds. BlackRock, Vanguard, and StateStreet occupy the top spots on the AUM tables, each passively managing trillions of dollars.

Meanwhile, traditional stock-picking active managers have been hemorrhaging assets.  According to research from Strategic Insight and Goldman Sachs, passive strategies account for nearly 40% of investors’ exposure to US-domiciled equity funds, more than double the level in 2005.

In the face of such an overwhelming trend, it is important to keep in mind passive management is far from riskless. This shift to passive management happened against the backdrop of the second-longest bull market in U.S. history. Since bottoming out in March 2009, the S&P 500 is up over 250% and has set all-time highs.

One of my favorite truths about passive managers is that they “can’t play defense.” Meaning that if and when markets go down, a passive manager will go down in lock-step with its benchmark index. By design a passive manager should track its benchmark as closely as possible. During a bull market, that’s wonderful. It is less appealing to be joined at the hip to the market if it drops 45% or 50%, like it did in the dot-com bust of 2000-02 or the financial crisis of 2007-09, respectively.

How does one measure the risk of a passive manager? Traditional performance metrics like alpha, information ratio, beta, R-squared, and up/down capture are meaningless if the passive ETF or fund tracks its benchmark as intended. All those metrics measure performance on a relative basis. If one is concerned about volatility, then standard deviation and Sharpe ratio are suitable measures for passive managers as well as active managers. However, if one is primarily concerned with capital preservation, a relatively new metric called “the pain index” is worth a closer look.

Developed about a decade ago by Dr. Thomas Becker and Aaron Moore at Zephyr Associates[1], the pain index measures three things:

The best way to illustrate the pain index is via the chart below.

In this chart we see the periods of drawdown for the S&P 500. We see major losses associated with the two great bear markets of the 2000’s. We see how long it took to recover. We see smaller, secondary losses associated with the early 1980’s recession, Black Monday in 1987, the 1990-91 recession, and a short, sharp spike in 1998 signifying the Long Term Credit Management debacle.