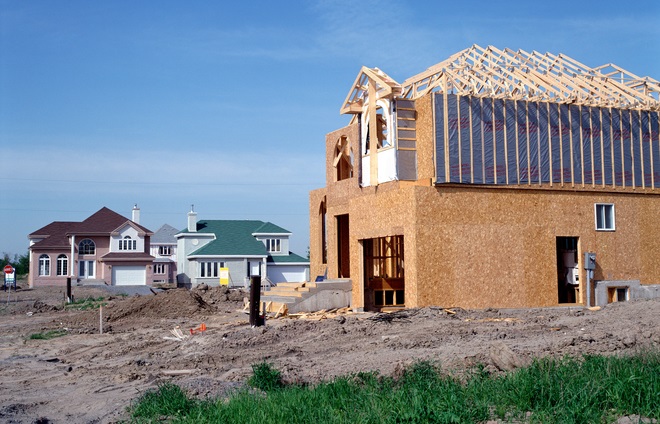 “One of the most important is the halfway mark, or a 50% retracement. This month was the first time since the housing bubble burst that the Dow Jones U.S. Select Home Construction Index scored a weekly close above this threshold,” reports Michael Kahn for Barron’s.

ITB tracks the Dow Jones U.S. Select Home Construction Index while XHB follows the S&P Homebuilders Select Industry Index. While the breakout of that retracement is encouraging, ITB and XHB could be ready to pullback in the near-term.

“Both the Dow Jones index and the iShares ETF now sport a tired-looking configuration on their charts with momentum indicators fading. Given their strong rallies since November, it does look to be time to expect a short-term pullback,” according to Barron’s. “For the Dow Jones index, that could be a dip down to test the breakout level seen earlier this month. That would only be a 4% decline from current trading. With the evidence we have on the charts, it would be a likely place to buy the dip.”

For more information on the housing sector, visit our homebuilders category.