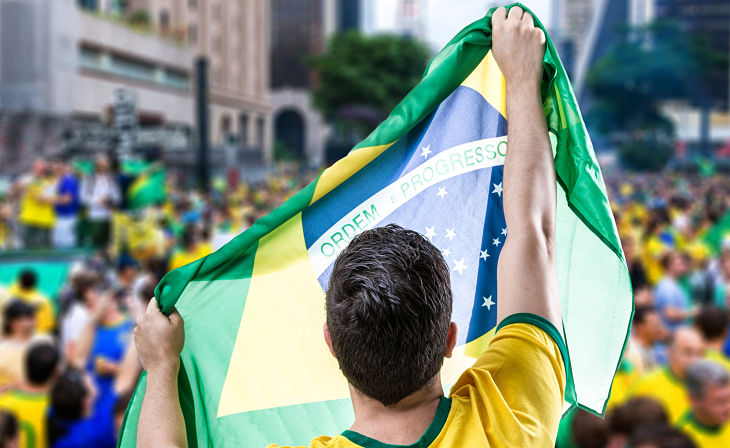 The iShares MSCI Brazil Capped ETF (NYSEArca: EWZ), the largest exchange traded fund tracking Brazilian equities, surged last year and is off to a fine start in 2017 with a gain of over 18%. Even with that, some market observers believe Brazilian stocks can keep soaring.

Some investors are reevaluating Brazilian stocks, something that has benchmark indexes there trading at the highest multiples in a decade. However, Brazilian assets can be more appealing with the help of a weaker dollar and stronger commodities prices. The Brazilian real exchange traded product recently hit a 52-week high.

“’We’re in the camp that the stocks are overbought, but they’re in a multiyear bull market,’ Larry McDonald, head of global macro strategy at ACG Analytics and editor of The Bear Traps Report, told CNBC on Thursday.”

While there can be no guarantees of more rate cuts in Brazil, some traders are betting on more coming later this year. Brazil’s central bank slashed rates earlier this year and many market observers believe it is a foregone conclusion more rate reductions are coming. Those expectations come as Latin America’s largest economy resumes growing this year.

Brazilian stocks have rallied this year and banks in Latin America’s largest economy appear inexpensive, those institutions are faced with declining consumer credit quality. Additionally, some Brazilian states have recently delayed payment to public workers, potentially crimping the ability of those workers to repay loans taken from Brazilian banks.