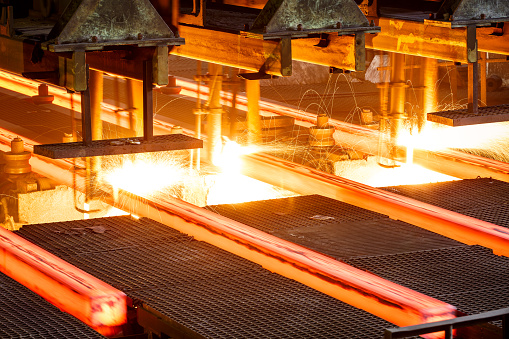 After more than doubling last year to rank as one of 2016’s best-performing non-leveraged exchange traded funds, the VanEck Vectors Steel ETF (NYSEArca: SLX) is on a tear to start 2017 with a gain of more than 8%.

SLX tries to reflect the performance of the NYSE Arca Steel Index, which follows global companies involved in the steel industry. The ETF has nearly $197 million in assets under management and when it comes to near-term price action, investors should keep an eye on some of the big names among the 27 stocks residing in SLX.

SLX “is forming an attractive pattern, a cup-with-handle base with a potential buy point at 43.36. It is the second base since it bottomed in January of 2016, when much of the sector bottomed. Steel is a leading industry. IBD’s steel producers and steel alloy industry groups are in the top 15 of 197 groups.

Some top steel stocks had been trending lower, but they rallied Thursday, apparently on news that President Trump said he will introduce a “phenomenal” tax plan,” reports Investor’s Business Daily.