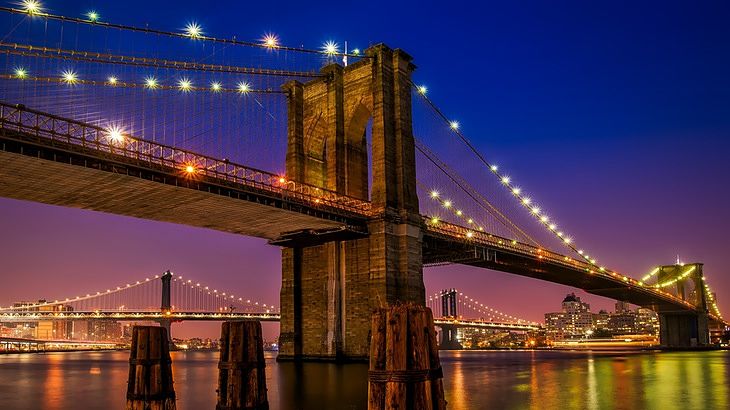 Investor enthusiasm for the newly elected president managed to trump (pardon the pun) most economic data in December.

With the imminent passing of the torch from the Fed and monetary policy to Congress and fiscal policy, investors are anticipating a more robust economy in 2017, with equity markets pricing in stronger GDP growth and bond markets pricing in higher inflation.

It may be wise to consider, however, that nothing in the current economic data set has changed much and most of the initiatives being discussed by the now Republican led Congress – tax reform, infrastructure spending, deregulation – likely won’t impact the economy until at least 2018. Should any of the above measures fall short of expectations, it may make for a bumpy ride in 2017.

Employment figures held steady in November as Nonfarm Payrolls rose by 178,000, just shy of expectations, while the Unemployment Rate dropped to 4.6%, the lowest level since 2007. Average hourly earnings dipped slightly, with wages registering a +2.5% gain YoY.

The Atlanta Fed’s Wage Growth Tracker, by contrast, shows a more robust +3.9% YoY increase in wages, consistent with the thesis that labor’s share of capital is on the rise. The Underemployment Rate dipped to 9.3% from 9.5% while the Labor Force Participation Rate fell slightly to 62.7%.

Broader measures of inflation, including PPI and CPI, continue to tick higher, but not at an alarming rate. The Producer Price Index for November ticked up +0.4% MoM, registering just a +1.3% YoY gain, while the Consumer Price Index increased +0.2% MoM and +1.7% YoY.

The PCE, or Personal Consumption Expenditure measure, was unchanged in November and is up just +1.4% YoY. The current breakeven between nominal 10-year Treasuries and equivalent TIPS is currently 2.00%, implying an expected inflation rate over the next decade slightly below longer term averages.

With the Fed having tightened short-term interest rates by 25 basis points in December, and expectations growing for strong fiscal stimulus measures in the year(s) ahead, our guess is that wage pressures will continue to increase and the broader rate of inflation will continue to trend higher.

After 7 years of battling deflationary forces, this should be a welcome change for businesses and investors alike.

However, over the last 5 years, Growth and Value have had similar annualized performance, returning +14.52% and +14.66%, respectively. Domestic equity valuations expanded further in December, as the S&P 500 trailing P/E multiple rose from 20.5x to 21x.

The positive performance in market cap and style based indices stretched valuations, as domestic equities continue to look expensive relative to historical averages. Furthermore, in 2017, S&P 500 earnings per share are expected to grow by almost +12%, which will be necessary to push the market higher from here.

All 11 sectors in the S&P 500 were positive in December, with Telecoms, Utilities, and Real Estate leading the pack, returning +8.12%, +4.94%, and +4.35%, respectively. Financials benefitted from expectations that President-Elect Trump will lessen the regulatory burden, as the sector closed the year up +22.75%.

Nearly all of the positive performance in financials can be attributed to returns that were generated in the 4 th quarter of 2017. Health Care and Real Estate were the two worst performing sectors, returning -2.69% and +1.12%, respectively on the year.

Health Care was the only sector with negative performance this year, thanks to continued regulatory risks and uncertainty surrounding Obamacare moving forward.

International equities finished the month on a positive note, with both Developed and Emerging Market equities eking out positive returns. Developed equities, as measured by the MSCI EAFE index rose +3.44% in December, which pushed them into positive territory for the year, up +1.59%.

Emerging Market equities, as measured by the MSCI EM index, were basically flat on the month, up +0.05%; however, EM equities handily outperformed their developed counterparts, up +11.27% on the year. While both Developed and Emerging Market equities posted positive returns in 2016, their 3-year returns are still negative, having lost -1.03% and -2.34% per annum, respectively. On a 5-year basis performance improves slightly, with +7.13% and +1.55% annual returns, respectively.

Moving forward, we continue to believe mean reversion will run its course, as international equities remain considerably cheaper than their US counterparts. At the country and regional levels, performance varied wildly. December’s best performing country was the U.K., as measured by the FTSE 100 index, which gained +5.37% in local terms, and a whopping +19.15% for the year.

It is important to note that those returns would need to have been hedged, as the Pound fell more than -17% against the Dollar post-Brexit. Japanese equities, as measured by the Nikkei 225 Index, rose +4.53% on the month, and finished the year in positive territory, up +2.35%, all in local terms.