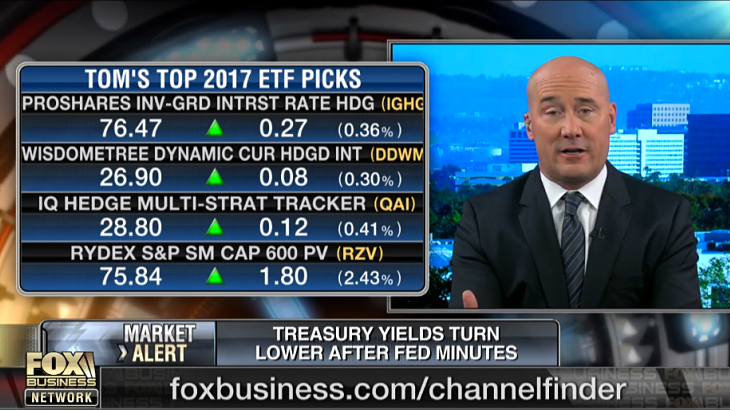 ETF Trends publisher Tom Lydon and Jefferies Chief Financial Economist Ward McCarthy appeared on Fox Business on Wednesday to discuss what could be the catalyst that propels the Dow to 20,000.

Lydon attributed overseas inflation to part of the pick-up in the markets.

“We’ve seen oil have a pretty good run here and also metals,” Lydon said. “These along with housing prices add up to enough evidence where the Fed has to continue to move. If Fed continues to move, that does add some threat to rising interest rates for sure, and as we talked about earlier, that affects the fixed-income market. If that exacerbates, even though we’ve been talking about if for three years, we could see a windfall effect that could have a negative effect on the markets.”

Lydon added long bonds and long stocks have worked very well for the past eight years, adding investors should think about hedging in some areas as talk of rising interest rates continues.