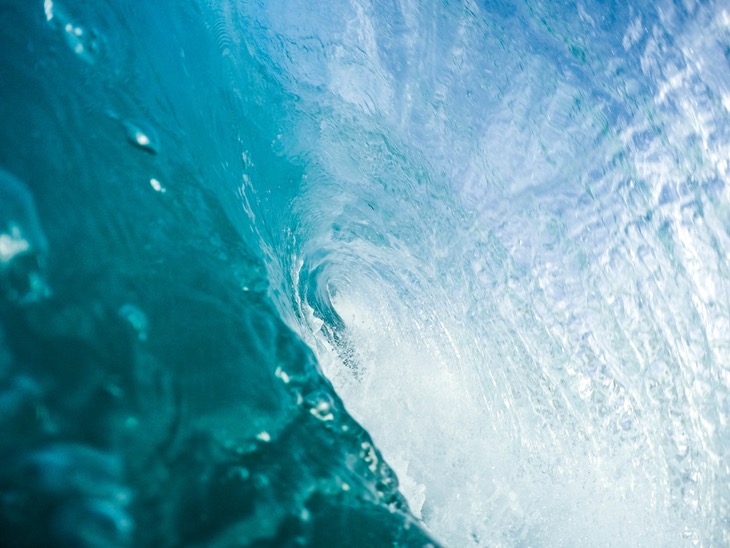 We have increased our forecast for U.S. economic growth in 2017 as expansionary fiscal policy will likely fuel inflationary pressures, thus adding to our expectations of increased productivity and consumer spending.

When creating our market expectations, we focus on nominal GDP (NGDP), which is real GDP plus inflation. We care more about NGDP because revenue and earnings growth include inflation.

In generating long-term forecasts for real GDP (not including inflation), we think about the growth rate of the labor force and labor force productivity. Productivity is more difficult to forecast because it is based largely on new technologies and innovation. The Bureau of Labor Statistics forecasts annual labor force growth of roughly 0.5% and approximately 1.8% for productivity growth, for a 2.2% real GDP forecast.

To create a forecast for NGDP, we include an inflation factor using market-based inflation expectations as a proxy for what to expect going forward. We like to use the relationship between Treasury Bonds and Treasury Inflation Protected Securities (TIPS) of the same maturity, known as the TIPS breakeven spread, to derive what the market thinks inflation will be over the next several years (exhibit 1).

These expectations have increased in recent months, pushing up our expectations for NGDP from 3.7% to 4.2%, which is an improvement over recent periods.

Fundamentally, we are seeing signs of domestic economic growth, including improvements in consumer confidence and labor market trend indicators, such as The Conference Board’s Employment Trends Index (ETI). These indicators measure different areas of the economy and suggest a virtuous cycle where increasing business trends are leading to more jobs and increasing consumer confidence (exhibit 2).

The recent uptick in LEIs is led by ongoing stability in the U.S., a firming of China’s economic growth, as well as an end to the recession in Russia and recent depression in Brazil. Adding support to this theme, we think that accelerating U.S. growth will increase demand for imports, pulling economic growth in other countries higher.

We also expect the Fed to raise interest rates more quickly and more persistently than the market expects over the next 12-24 months in an attempt to combat increasing inflation expectations. The measures above support our expectations of improving growth. In turn, the Fed will likely move to aggressively counteract the increases.

Given that the economy is close to full employment, improvements in labor market conditions will likely lead to higher wages, increased inflation expectations, and more Fed policy tightening. We think this will lead to short-term interest rates rising and the U.S. dollar strengthening as foreign central banks remain more accommodative. We think short-term rates may rise 1.0% in 2017, and more in 2018.

As global growth and inflation pick up, the natural, or neutral level of interest rates increases as well. As long as the Fed simply follows the natural rate higher, the economy can continue to grow.

While we are finding pockets of opportunity domestically, we think that U.S. equities are fairly valued. Internationally, emerging markets appear to be fully valued at this point, though we are seeing more interesting equity valuations in Europe and Japan.

We think that increasing U.S. NGDP will support increased corporate revenues (exhibit 5). Increased revenue growth can propel earnings higher. Note that we expected all of this to occur even without the new Presidential administration’s announced policies regarding corporate tax reform. Additional tailwinds from lower tax rates can propel earnings even higher.

Still, much of this good news has likely been priced-in to U.S. equities as they have rallied since the election.
The U.S. technology sector is one area that has not rallied as strongly, and we are still finding investment opportunities there. Additionally, we are seeing more attractive investment opportunities overseas, where low valuations (exhibit 6) combined with various forms of stimulus measures create attractive potential investments. For example, we view monetary stimulus from both the European Central Bank and the Bank of Japan as a positive.