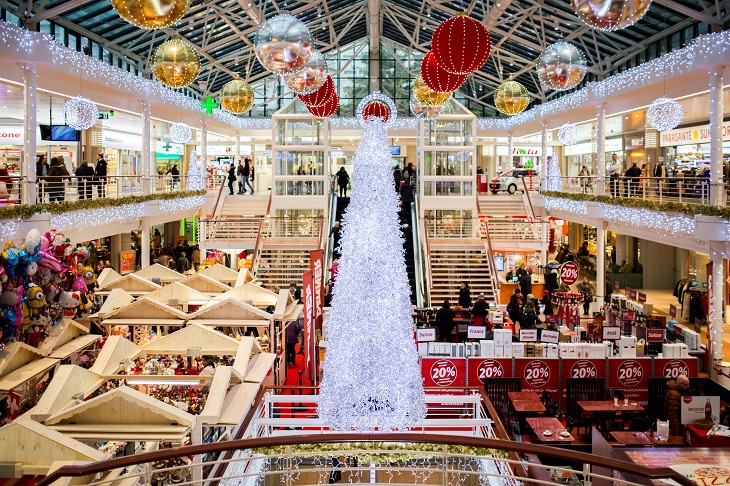 Retailers and sector-related exchange traded funds took a hit ahead of the Christmas weekend as brick-and-mortar shops are unable to entice shoppers, even with heavy holiday discounts.

According to Prodco Retail Traffic Index, retail store foot traffic was down 10% through December 17, reports Lisa Ficksenscher for the New York Post.

“Mall traffic is down, and discounting is pretty brutal,” retail consultant Richard Baum, managing partner of Consumer Growth Partners, told the New York Post. “If the traffic is not there now, who are retailers going to sell to in January when the consumer goes into hibernation?”

Despite heavy discounts during the holiday season, consumers aren’t venturing out.

Consumer spending has been muted this holiday season. According to First Data, retail spending is up 2%, or slightly slower than the 2.4% gain at this time last year, as online spending outpaces buying in physical stores from October 29 through December 12, reports Anne D’Innocenzio for the Associated Press. In contrast, online sales growth was up 9%.