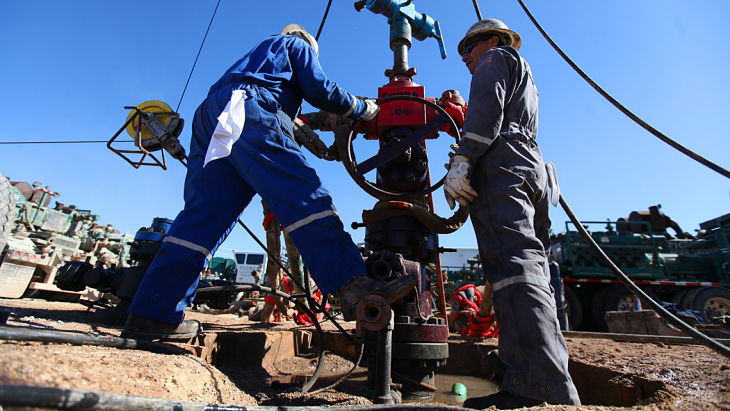 As the Organization of Petroleum Exporting Countries and non-OPEC producers agree on reducing oil supply to stabilize global prices, the once troubled shale oil industry is getting pumped up. Investors can capitalize on the potential growth in U.S. shale through targeted exchange traded fund strategies.

OPEC’s deal to reduce oil production has triggered a strong rally in crude oil prices after energy prices plunged over the past two years. The oil cartel originally let production flow in an attempt to squeeze out competitors, namely the upstart U.S. shale oil industry, as low prices would become unprofitable for costlier hydraulic fracturing or fracking companies.

However, over the past two years, with shrinking profits and huge layoffs, many have grown more efficient in their belt-tightening phase and are now in a position to grab back market share at the expense of their foreign competitors. While OPEC is cutting back to alleviate price pressures, U.S. fracking companies could jump to capitalize on the windfall as crude oil prices jump back above $50 per barrel – according to U.S. Energy Secretary Ernest Moniz, shale oil producers can get by with oil at just over $50 per barrel due to advancements in technology and drilling techniques that have helped cut down costs.

Hydraulic fracturing companies have been among the hardest hit during the sell-off in the energy markets. However, these same companies may be among the best performers in a rebounding crude oil environment. Investors interested in capturing the potential growth in the fracking industry have a number of broad ETF options available.