You are at:Home»ETF Strategist Channel»First the Election, Next the Fed, and the Grind Continues 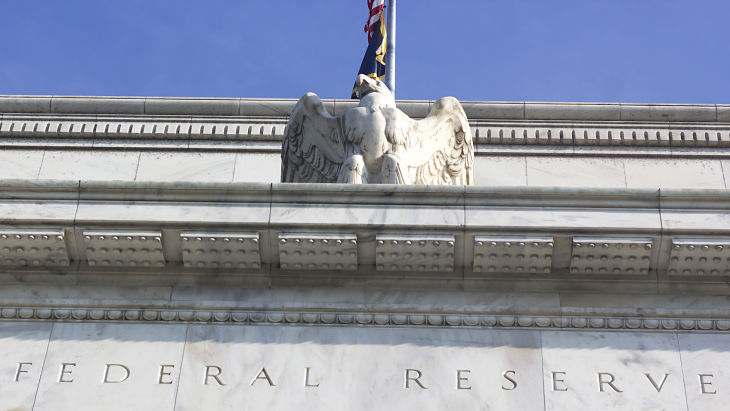 First the Election, Next the Fed, and the Grind Continues

While we think that the global economy can better tolerate a Fed rate hike today, we still don’t see the hurry. If the Fed increases interest rates too soon and too rapidly, the result could be a deflationary environment or recession. If the Fed waits too long to raise interest rates, they run the risk of allowing the economy to overheat and inflation to build to higher levels. Still, it is easier for a central bank to fight inflation via interest rate hikes and other tools, than to pull an economy out of a deflationary spiral, as we have seen in Japan for over 20 years.

Again, we think that the global economy can tolerate a single rate high in December and will be watching for signals of future intentions going forward. We have an itchy trigger finger and are willing to reduce risk quickly should we get the sense that the environment has shifted negatively.

As investors, we think the economic implications of a U.S. Presidential election is often overblown by politicians and the media. Short-term noise and volatility come with the territory of equity market investing. History suggests that market performance is largely independent of the political party holding the Presidency. Still, we can look at the next president’s stated policies and objectives to get a sense for where things may be headed. While there are many sides to consider with each potential policy and its implications, the table below summarizes our thoughts only on the economic impact of several proposals.

Overall, we think U.S. nominal GDP growth will remain near the bottom of the post-recovery range despite efforts to stimulate faster growth. Over time, nominal GDP is driven by the combination of labor market growth, productivity growth, and inflation. Labor market growth is driven by demographics, which are already baked-in. Productivity growth is driven by innovation in the private sector, which might see some boost as a result of potential regulatory and tax reform. Meanwhile, market-based i nflation expectations remain at levels well below the Fed’s 2% target.

In summary, we expect slow economic growth ahead, and for the grind to continue.

Any forecasts, figures, opinions or investment techniques and strategies explained are Stringer Asset Management LLC’s as of the date of publication. They are considered to be accurate at the time of writing, but no warranty of accuracy is given and no liability in respect to error or omission is accepted. They are subject to change without reference or notification. The views contained herein are not be taken as an advice or a recommendation to buy or sell any investment and the material should not be relied upon as containing sufficient information to support an investment decision.