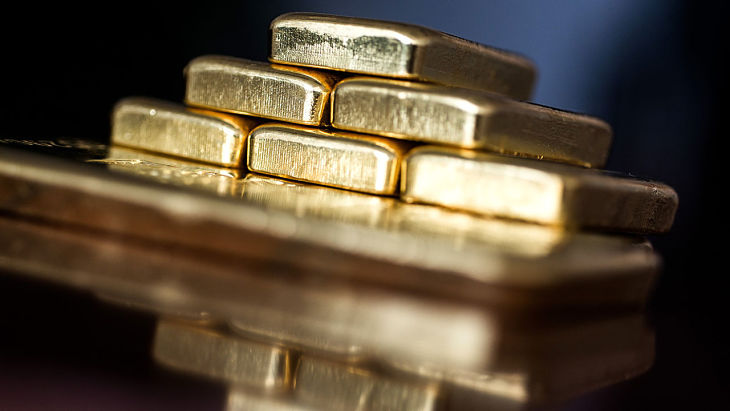 As investors fret about the impact of a possible interest rate hike by the Federal Reserve in December, gold exchange traded products are being punished.

“Fed Fund futures have priced in a 100% chance of a rate hike of between 25 and 75 basis points in December. Many market observers are expecting the FOMC to step up the pace of rate increases in 2017, but some Fed Funds traders only see rates increasing between 75 and 150 basis points by September of next year,” according to Options Express.

Looking ahead, the ongoing negative interest rate environment, with European and Japanese central banks cutting benchmark rates deeper into the red to promote growth, could push investors toward gold bullion as a more stable store of wealth.

“One of the biggest problems for gold has been the U.S. dollar, which rose considerably against a basket of major currencies on Wednesday. A stronger dollar is bad news for gold prices, since if the inherent value of gold stays stable while that of the dollar rises, it will take fewer dollars to buy the same amount of gold,” according to CNBC.

The PowerShares DB U.S. Dollar Index Bullish Fund (NYSEArca: UUP), which tracks the price movement of the U.S. dollar against a basket of developed market currencies, including the euro, Japanese yen, British pound, Canadian dollar, Swedish krona and Swiss franc, is higher by nearly 3% this month.