You are at:Home»Equity ETFs»Talking Thailand at an Important Time for This ETF 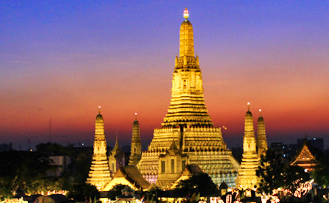 Talking Thailand at an Important Time for This ETF

One of this year’s strongest single-country emerging markets ETFs was one of the best performers when emerging markets were a leadership group several years ago: The iShares MSCI Thailand Capped ETF (NYSEArca: THD).

THD is standing tall this year thanks in large part to Thailand’s steadying economy and barely noticeable unemployment rate.

However, THD has recently face some headwinds. THD has declined 6.6% since the October 7 close. Thai stocks plunged this week after Thai royal authorities said over the weekend the ailing Thai King Bhumibol Adulyadej, the world’s longest reigning monarch, health condition was unstable and had undergone a procedure to purify his blood.

The king’s “failing health is adding another layer of uncertainty to the very unpredictable situation in Thailand,” Krystal Tan, Asia economist at Capital Economics, told the Wall Street Journal on Wednesday. “That’s been weighing on investor sentiment.”