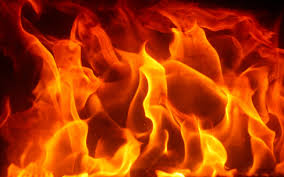 Low costs has been a major selling point for exchange traded funds, and with the U.S. Department of Labor’s new fiduciary rules shining a light on management fees, the increased competition could continue to pressure expense ratios.

ETFs are becoming cheaper. Just last week, BlackRock cut prices across its iShares Core ETF suite ahead of the new Department of Labor fiduciary rule changes, positioning its broad investment options as quality and cost-efficient alternatives in the fund space.

Fidelity Investments also announced on Tuesday that all the newly price-reduced U.S. iShares Core ETFs are available commission-free to ETF investors on the Fidelity platform.

Not to be outdone, Charles Schwab lowered fees on five ETFs to solidify its low-cost leadership in response to BlackRock’s latest expense ratio cuts.

While observers may argue that ETF providers are competing against one another in a bid to become the low-cost leader in the space, the money managers are loath to admit it. BlackRock has argued that the ETFs whose fees were reduced were those that would specifically benefit from the DOL’s fiduciary rule changes, reports Nicole Bullock for the Financial Times. Meanwhile, Schwab said its moves were not directly tied to the new rules and Vanguard Group has not made changes related to the rules either.

Nevertheless, industry watchers still believe that the increased competition could translate to more fee cuts around the corner.