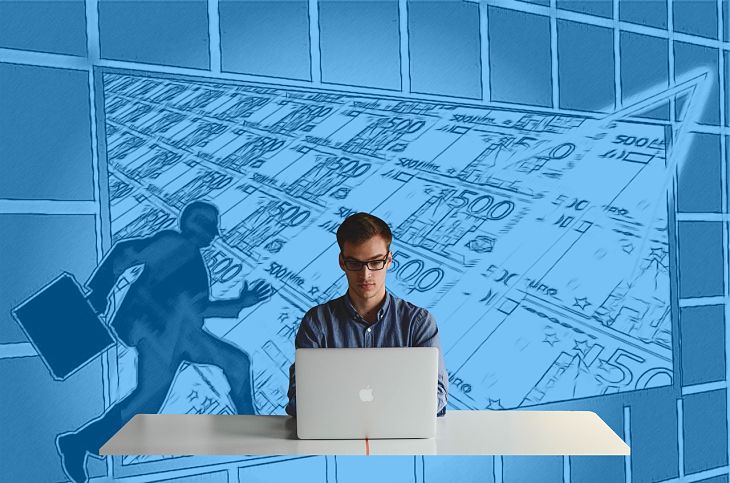 In Bonds, No One Can Hear You Scream

The famous 1979 “Alien” movie by Ridley Scott used the line: “In space, no one can hear you scream” as its advertising trailer.

A central banks movie is playing out in 2016 with a similar epigram, being in danger in a hopeless situation as their policies become less effective in propping up equity and bond markets throughout the globe. Here are some of the dangers causing investors to scream in the third quarter:

The Federal Reserve left interest rates unchanged at their September meeting. The August unemployment report was on the weak side after strong reports in July and June. The Fed’s jawboning in August and September was an attempt to put a quarter percent rate hike on the table. However, the markets’ perception that the Fed would stay on the sideline with the November election proved correct as rates were left alone. December looks like a 50/50 proposition for a rate hike and it may depend on market volatility after the election.

Contagion is defined as the transmission of disease from one person to another. If one of the central bank sneezes, do all markets catch a cold? The yield curve is widely viewed as a business cycle indicator. Yield curves around the world continued to flatten in the quarter. Low bond market yields around the globe are persistent and could foreshadow a global recession.

The Fed tried to interject some independence in August and September by putting rate hike talk on the table. The market did not believe them. Fed funds futures adjusted the small probability higher but the Fed passed. The BOJ, which may be the world’s largest hedge fund, seemed to have more influence on the market with their policy meeting than the Fed. The central banks’ policies while seemingly becoming less effective are increasingly linked together for the health of the global economy. Another scenario is that we are in Policy Purgatory.

Purgatory is a place between heaven and hell where people suffer while they wait their move to a better place. Now that sounds like where the central banks have us. Slow growth, not meeting inflation targets are standard results of fiscal policies in the industrialized countries. Overindebted societies, which can be argued to be deflationary, present another not-so-fun characteristic. Central banks are trying to move us along to a better growth environment but have us stuck for an indeterminant time. Low interest rates which hurt savers and pension funds persist.

Is it Contagion or Purgatory? Deutsche Bank may hold the answer.

Deutsche Bank and the Fourth Quarter Ahead

We end the quarter with Deutsche Bank fending off rumors of insolvency. Estimates of trillions of euros of derivative exposure have the market comparing them to a Lehman moment. Well this is really “Too Big to Fail” German style. The CEO is claiming all is OK. Rumors surfaced of a German government bailout which was resoundingly denied by Chancellor Merkel. The stock hit a 52 week low before sharply bouncing higher on the last day of the quarter.

Credit default swaps on the bank moved higher and spreads on the debt widened. Confidence is a fragile thing, and everyone is confident until one of their trading partners doesn’t pick up the blinking phone to execute trades with them. Once rumors happen, confidence can be shattered. But this bank is really an integral part of the global financial system. Here, the belief is that the central banks will not lose control of this situation.

Hopefully they will all be singing “Oh Tannenbaum” as volatility around the bank subsides by the end of the fourth quarter. So, in bonds, can no one hear you scream? Nope, it just means lower for longer is still the trade in fixed income.

Sleepy End of Summer in Munis

The August-September reinvestment period of interest payments, called and matured bonds for munis, coupled with end of summer lower volume traditionally has created some softness in the muni market. With persistently low and negative rates in sovereign debt worldwide, munis, with their investment grade ratings, continue to provide relative value in fixed income.

September did provide some back up in yields as the 10-year Treasury bond moved from the mid 1.50s % yield in August to a high of 1.72% on September 13th. Muni dealers were looking to reduce their inventory heading into the September Fed meeting enabling us to buy some selected credits at slightly higher yields than just weeks before.

As the quarter ends there is generally an eye towards the next month’s employment report. It has always been our opinion that this is really the most important measure of the economy. If you build it they will come . . . if you employ them they will spend. Any trading around that number should surely focus on the possibility of a December rate hike since the Fed will be on hold with the upcoming November election.

The 10-year Treasury bond opened the third quarter at 1.44% yield. The closing high yield was on September 13th at 1.72%. Our macro view that bonds trading below 1.70 to 1.74% keeps the bullish view intact held true in the third quarter. Volatility was low, keeping high yield bonds firm despite Fed and BOJ rate meetings scheduled in September. Low volatility and firm high yield prices kept the S&P 500 within 2% of its all-time closing high of 2190 reached on August 15th.

All the calm may eventually give way with the upcoming U.S. presidential elections. The result in November could be the determinant factor in how the market moves over the coming quarters. The election is the main focus and has removed some of the spotlight placed on the central banks.

The Fed held rates unchanged at their September meeting. They did, however, reduce their target rate projections for the end of 2017 and 2018. The BOJ also kept its rates unchanged but announced plans to target its 10-year bond at 0%. Simply put, as rates go negative, the BOJ reduces purchases. Rates turn positive, they increase purchases to try to achieve the 0% target. It seems a small concession that maybe negative rates were not achieving the desired result. We have ended these missives with the same conclusion: Lower for longer still exists.

Jamie Mullen is a Senior Portfolio Manager at Clark Capital Management Group, a Participant in the ETF Strategist Channel.

Past performance is not indicative of future results. This is not a recommendation to buy or sell a particular security. Please see disclosures.

The opinions expressed are those of the Clark Capital Management Group Investment Team. The opinions referenced are as of the date of publication and are subject to change due to changes in the market or economic conditions and may not necessarily come to pass. There are no guarantee of the future performance of any Clark Capital Investments portfolio. Material presented has been derived from sources considered to be reliable, but the accuracy and completeness cannot be guaranteed. Nothing herein should be construed as a solicitation, recommendation or an offer to buy, sell or hold any securities, other investments or to adopt any investment strategy or strategies. For educational use only. This information is not intended to serve as investment advice. This material is not intended to be relied upon as a forecast or research. The Investment or strategy discussed may not be suitable for all investors. Investors must make their own decisions based on their specific investment objectives and financial circumstances. Past performance does not guarantee future results.

The Dow Jones Industrial Average is a stock market index that shows how 30 large publicly owned companies based in the U.S. have traded during a standard trading session in the stock market.

The MSCI EAFE Index is a free float-adjusted market capitalization index that is designed to measure the equity market performers of developed markets outside the U.S. and Canada.