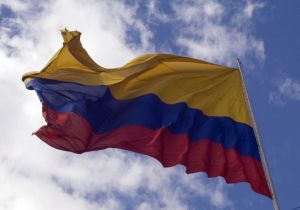 GXG and ICOl have gained over 25% year-to-date on speculation that Bogota and the Revolutionary Armed Forces of Colombia, or FARC, would end a five-decade war. Previous polls predicted a majority win for a passing vote.

“There’s money that has been positioned in Colombia in expectation of a referendum win followed by a tax reform,” Jan Dehn, the head of research at Ashmore Group Plc, told Bloomberg. “That money was clearly on the wrong side of the trade and may have to come out.”

Colombians voted “no” on the peace accord, demanding assurances the rebels will hand in cash from drugs, spend time in jail and earn their political positions at the ballot rather than gaining unelected seats in Congress, Reuters reports.

The referendum would have given The Revolutionary Armed Forces of Colombia 10 seats in Congress from 2018 to 2026.

In absence of a passing vote, traders fear the government will find it harder to gather support for a tax reform, a major hurdle to maintain the country’s debt rating, Reuters reports.