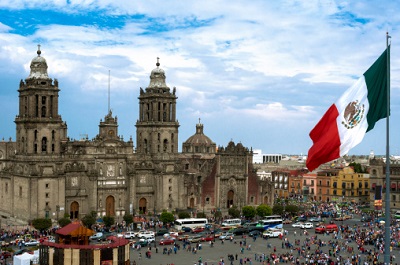 Throughout the course of this presidential election year, an array of industry and sector exchange traded funds have been affected. For example, earlier in the year, biotechnology ETFs were plagued by rhetoric on high drug prices from both political parties.

Conversely, markets seem to have reconciled that regardless of which party wins the White House in November, the good times can keep going for aerospace and defense stocks and ETFs. Although the aerospace and defense industry is perceived as being beholden to Uncle Sam’s whims, the allure of late-cycle sectors, including industrials, in a rising rate environment remains in place. Industrials perform well when interest rates rise because rising rates can go hand-in-hand with economic growth.

Mexico’s central bank recently left interest rates unchanged, which some market observers take as a sign that monetary policy south of the border is on hold until the outcome of the U.S. presidential contest is known.

“Banxico continued to point that fiscal consolidation is very important: the central bank highlighted the desirability to improve its behavior to better absorb external shocks. In contrast, a deteriorated balance for economic activity risks and a neutral balance on inflationary risks were the dovish elements of the statement. We read that Banxico was comfortable with the decision to hike 50 basis points the policy rate last June. The relative monetary policy stance increased its importance so we stick with our call of a 25 basis points hike in December, in line with our Fed next hike estimate,” according to a Citigroup note posted by Dimitra DeFotis of Barron’s.