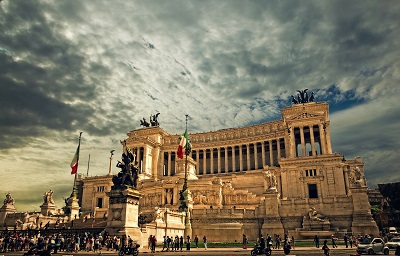 Italy ETF on the Mend, but Challenges Remain

Give the largest Italy ETF some credit because the Eurozone’s third-largest economy faces an array of challenges and headwinds. Italy’s fragile banking sector, the largest sector allocation in EWI, is in focus as global market participants fret about Brexit’s impact on Italy’s banks. The Italian government has been under pressure to calm concerns over its ailing banking system, which underperformed in the European Central Bank’s 2014 financial stress test and is holding €360 billion, or $410.5 billion, in bad loans.

Recent economic data indicate EWI has been moving higher amid a batch of concerning points about Italy’s economy.

“Gross domestic product was unchanged in the three months through June, Rome-based statistics agency Istat said in a preliminary report on Friday. That compares with the 0.2 percent median estimate in a Bloomberg survey of 25 analysts. The economy grew 0.7 percent from a year earlier,” according to Bloomberg.

Italian banks’ bad loan problem has “become more pressing during years of economic stagnation. A highly fragmented and inefficient industry doesn’t help — Italy has more than 600 banks, supporting 52 bank branches for every 100,000 adults. Germany has 14 bank branches per 100,000 adults, and the United States 38,” according to CNN Money.