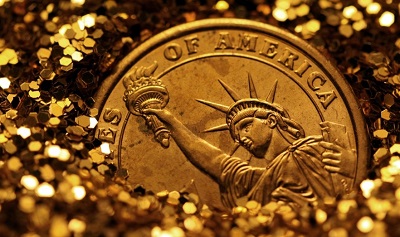 There is still plenty of focus on when the Federal Reserve will boost interest rates, a scenario some market observers could happen in December, if then.

If the FOMC minutes reveal a more hawkish Fed stance with an imminent interest rate hike, gold assets could take a major blow. Consequently, traders may consider short or inverse gold ETF options to hedge against a potential turn.

SEE MORE: How to Prepare for a Possible Gold ETF Pullback

Gold and gold-related assets, including miners exchange traded funds, fell Wednesday after the release of the Federal Reserve’s July meeting minutes that revealed the U.S. central bank is comfortable with the idea of raising interest rates.

However, it must be noted that the Fed did not give a specific timeframe for when it could raise rates again. As investors have already learned this year with gold and gold miners, the longer rates stay low, the better for gold-related assets.

Some market observers see gold continuing to move higher through the latter stages of 2016.