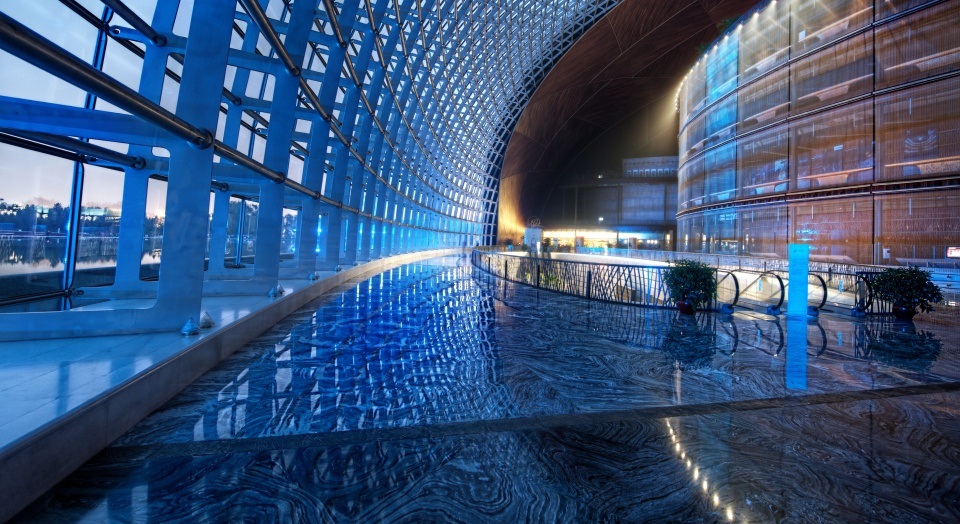 In prior installments of our series on Risk‐Managed Investing (RMI — see archive here), we described how embedding volatility dampening and/or downside risk mitigation directly within the equity investment itself can help solve difficult and pressing problems in portfolio construction and financial planning.

In our most recent piece, “Risk‐Managed Investing and Portfolio Optimization,” we illustrated the significant positive effect RMI could have on the portfolio’s risk/return profile, i.e., by raising the “efficient frontier.” As is typically the case with leading‐edge strategies, portfolio risk/return metrics and benchmarks are not yet fully equipped to capture and measure the benefits of RMI. One reason for this is that successful RMI strategies exhibit “convexity” which, in this context, means that they allow more upside than downside participation in equity markets, all for a cost of some sort. Most traditional industry metrics do not effectively handle this bifurcated behavior, nor do they focus on whether the cost is sufficiently low. Let’s examine some specific metrics.

A number of approaches attempt to measure the volatility of an investment. The rudimentary metric for volatility is standard deviation, a measure of the degree to which an investment’s series of short-term (e.g., daily, weekly, monthly) returns tends to deviate from its long‐term average value. Standard deviation does not distinguish between risk that is inherent to the market and cannot be diversified away (“systematic risk”) and risk that is peculiar to the specific investment under review (“idiosyncratic risk”).

A statistic that does attempt to make that distinction and isolate idiosyncratic risk is beta. But beta is an accurate measure only for investments that behave in a way consistent with the assumptions of the Capital Asset Pricing Model (returns must follow a symmetric normal probability distribution, and the relationship of the investment to its benchmark must be linear, to name a few) that are generally quite far from reality. This limits beta’s reliability for investments that feature the convexity mentioned above.

One issue common to MDD and all the preceding metrics is that they are one‐dimensional — they do not attempt to capture the expected return that accompanies the measured risk. And none of these statistics has a “threshold value” to demarcate an acceptable level of risk.

There is an abundance of approaches that attempt to respond to the question of whether the investment under review is delivering an attractive return relative to the risk it is taking.

The Sharpe Ratio, Treynor Ratio, and Sortino Ratio, for example, each have as their numerator “excess return” (i.e., the difference between the investment’s return and a target return such as the return of a risk‐free investment) but differ in the risk metric used in the denominator — respectively, standard deviation, beta, and downside standard deviation. The Calmar Ratio divides the investment’s return by its MDD. The Sterling Ratio is a close cousin to the Calmar Ratio, but employs average annual drawdown (and a ballast term).