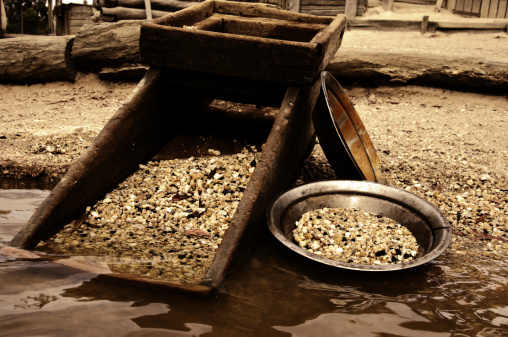 Gold mining stocks and the corresponding exchange traded funds have been highlighted plenty of times this year as some of 2016’s best-performing securities.

As has been previously documented, most of the best-performing non-leveraged ETF this year are gold and silver miners ETFs, a group that includes GDX and GDXJ. The rapid rise of these ETFs and their rivals has some market observers questioning whether near-term pullbacks are looming.

Gold miners currently trade at about a 59% discount to gold prices since 2009, have a price-to-book value of 1.0x and an average dividend yield of 2.8%, which makes the sector look attractive from a valuation standpoint. Moreover, U.S. economic weakness and speculation of the Federal Reserve pushing back on another interest rate hike have contributed to a depreciating U.S. dollar, which has also helped support USD-denominated gold bullion. Consequently, a weaker USD makes alternative assets like metals more attractive.

“While gold miners have flattened out this month despite rallying 117 percent from the beginning of the year, Todd Gordon of TradingAnalysis.com believes the metal is more likely to rise than fall from current levels,” reports CNBC.

Supporting the previously controversial sector, the U.S. dollar has quickly weakened. The greenback is being weighed down on speculation that ongoing uncertainty may force the Federal Reserve to refrain from hiking interest rates in the near future. Consequently, a weaker USD makes alternative assets like metals more attractive.