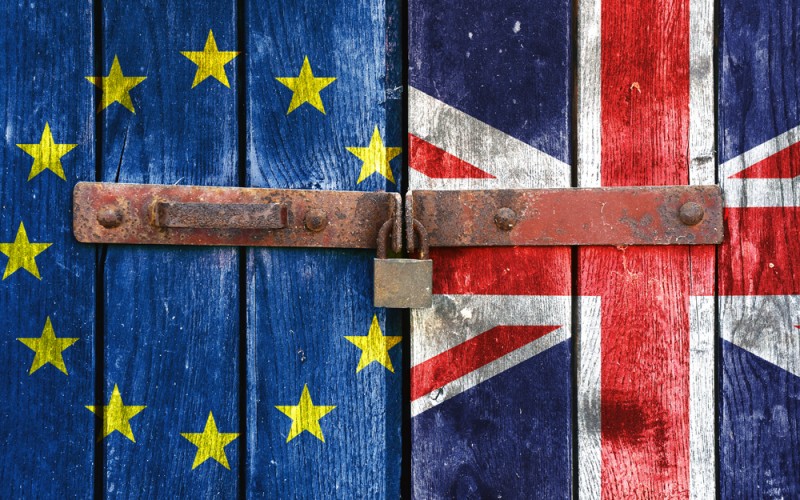 Brexit threat comes from a weaker British pound sterling and a hit to economic activity as an exit would remove the country’s favorable trade agreements – the EU enjoys free trade between member states, which makes exporting cheaper and easier for British companies. According to a May Markit/CIPS PMI survey of companies, over one-third of companies reveal that the uncertainty over the Brexit vote has contributed to a detrimental effect on their businesses.

FXB has “a declining 200-day moving average, indicating a bearish longer-term trend (as would be expected with a 1-year chart in a downtrend). The nearer-term moving averages (20 and 50) have turned flat after a short-term uptrend in price from the end of February through May. The last few days have caused damage to the chart – breaking both the uptrend line from February. The RSI indicator at the top of the chart shows momentum, thought to lead price, broke its trend in late May. The price chart implies a bearish leaning heading into the Brexit vote,” adds See It Market.