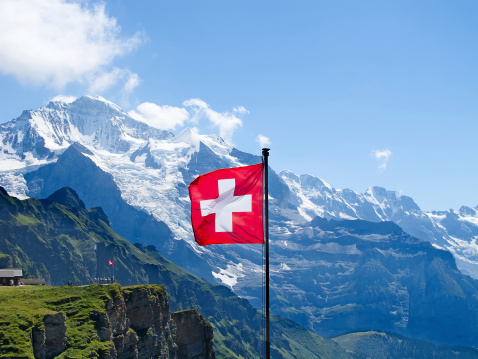 The CurrencyShares Swiss Franc Trust (NYSEArca: FXF) has traded modestly higher this year and that has been enough to drag the iShares MSCI Switzerland Capped ETF (NYSEArca: EWL) to a year-to-date loss of nearly 4%, but there are signs the biggest Switzerland exchange trade fund (ETF) is ready to reverse higher.

Additionally, Switzerland is desperate to see the Fed normalize its interest rate policy. In fact, a UBS economist told the Financial Times that the Swiss National Bank, the Fed’s Swiss counterpart, prays every night that the Fed will hurry up and boost rates.

Related: Be Careful With Switzerland ETFs

“Switzerland’s ‘AAA’ rating reflects its track record of prudent economic and fiscal policies, a diversified and wealthy economy, and high levels of human development. Switzerland surpasses its ‘AAA’ peers on most key indicators. GDP per capita is 1.5x the ‘AAA’ median. General government gross debt is low (34.4 percent of GDP estimated for 2015) and the government runs a small budget surplus. An estimated net external creditor position of 159 percent of GDP in 2015 is underpinned by a history of current account surpluses and the Swiss franc’s status as a global reserve currency,” said Fitch Ratings in a recent note.

Swiss stocks and EWL would be prime beneficiaries of franc weakness against as many developed currencies as possible. Nearly all of EWL’s largest holdings generate the bulk of their revenue in markets outside of Switzerland.