You are at:Home»ETF Strategist Channel»Getting Tactical for the Long Term 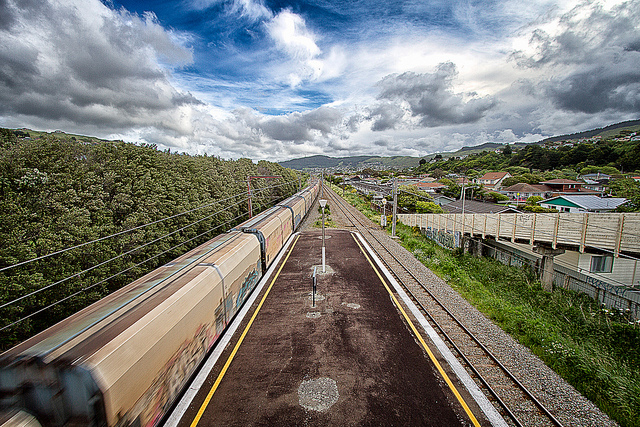 Getting Tactical for the Long Term

By Bryan Novak, Astor Investment Management on May 20, 2016

Why is this distinction important when it comes to investing and managing risk? If equities are predominantly the proxy for risk assets, we are investing in an asset that is generally valued based on growth rates (of companies on a micro level and the economy on a macro level). Increasing growth generally leads to higher asset values, while decreasing growth should lead to decreasing values. My experience and research has demonstrated that the market generally responds, or correlates, to these trends throughout the full business cycle. This information can be a meaningful way to make risk adjustment decisions for an investment portfolio. What’s more, when markets are volatile against a fairly stable economic backdrop, this approach may keep a portfolio allocation constant instead of subjected to frequent shifts due to market movement.

Focusing on the up/ down movement (i.e. trend) of economic data regardless of absolute levels can act as a GPS to tell you where you are at currently. I prefer this approach over attempting to forecast what might (or might not) happen in six months or looking in the rear-view mirror to analyze what happened yesterday. Think of the economy this way: A 100-car freight train is massive. It weighs more than 13,000 tons and is heading down the track at 200 miles an hour. According to the thresholds of the engine and brakes, there is a maximum rate at which it can slow down or speed up by itself. It cannot stop on a dime and it cannot take a sharp turn without derailing. If I want to know whether the train is accelerating or decelerating, I need to know two things: how fast it was going before, and how fast is it going now. Without that information, I have a number with no frame of reference. With the information, I can tell you with a much higher degree of probability what that train will be doing in the near future (i.e. slowing down or speeding up).

Does it work? A look back at the financial crisis in 2008 is a great place to find the answer. The 50%+ drawdown in the S&P 500 Index from 2007-2009 did not occur overnight, and throughout the decline I think the economy offered many clues to what was happening. Macroeconomic trends were already giving signals of a declining economy even before 2007 was over. Rather than continuing to invest, portfolio managers focusing on this context were starting to reduce market exposure. No one knew what was coming down the track, but it appeared the train was slowing down. As a result, I believe much of the losses experienced by investors were avoidable and, more importantly, detectable.

Related: The Rise of the ETF Strategist

Fast forward to 2015-2016. The sharp drops experienced over the last few quarters have challenged the nerves of many investors. Reducing exposure modestly to lessen volatility was likely prudent, but I do not believe the recent environment warranted large allocation changes. I saw a stock market telling one thing while the economy was saying something different. Two months after investors were questioning if the market decline was the next “2008”, benchmarks (e.g. S&P 500 Index) were within earshot of all-time highs again. Macroeconomic trends provided the “why” behind what was happening, not the “what.” The economy was not accelerating, but it was not falling off a cliff either, as the market movement led many to believe might be happening. Applying a defined process of macroeconomic analysis may have taken some of the uncertainty out of the equation by offering guidance to stay put and avoid the whipsaw.

History has shown us that short-term volatility is part of the deal, no matter which way the market is moving on a longer timeframe. Unless you are a day trader or trying to time the market (and have a strong stomach for risk), responding to these types of moves with large allocation adjustments at any given point may cause as much distress as the market itself. Understanding and appropriately combining the various strategies and varieties of tactical asset allocation can help investors more effectively manage market volatility, reduce risk and, ultimately, maintain a long-term discipline that helps achieve an optimal investment outcome.

Bryan Novak is the Senior Managing Director & Portfolio Manager at Astor Investment Management, a participant in the ETF Strategist Channel.