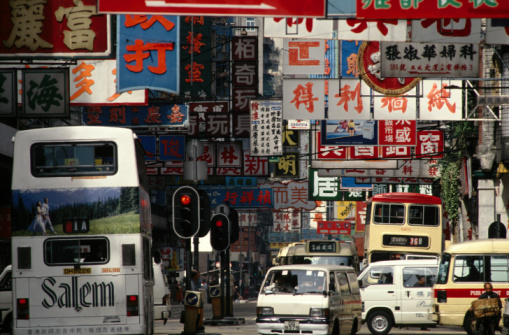 Last month, Chinese stocks jumped after Beijing revealed exports in yuan terms jumped 18.7%, or 11.5% in U.S. dollar terms, in March year-over-year, BBC reports. Imports, on the other hand, dipped 1.7%, leaving China with a trade surplus of 194.6 billion yuan, or $30 billion. The unexpectedly strong export data suggests that the world’s second largest economy may not have done as poorly as previously thought during the global slowdown.

Chinese company stocks that trade in Hong Kong are not a perfect way of expressing views on China as there is a limited pipeline between Hong Kong and Shanghai, which restricts efficient arbitrage between the two markets. The the two markets, though, are beginning to open up through the new stock connect program.

“U.S. investors are doubling down on bets against an exchange-traded fund heavily weighted with Chinese companies in industries hardest hit by the nation’s slowdown. Short interest in the iShares China Large-Cap ETF rose to 10 percent of outstanding shares last week, the highest level since December, data compiled by Bloomberg and Markit Ltd. show. The fund, which tracks an index of China’s 50 biggest companies, has fallen 11 percent from this year’s high in April as concern mounts that the government will refrain from adding more stimulus this year even as data show the economy is still faltering,” reports Richard Richtmyer for Bloomberg.

Due to the recent economic weakness, investors have been selling Chinese equities, which are among the emerging world’s worst performers in 2016. The iShares MSCI Hong Kong ETF (NYSEArca: EWH) is also falling out of favor with investors and is bleeding assets.