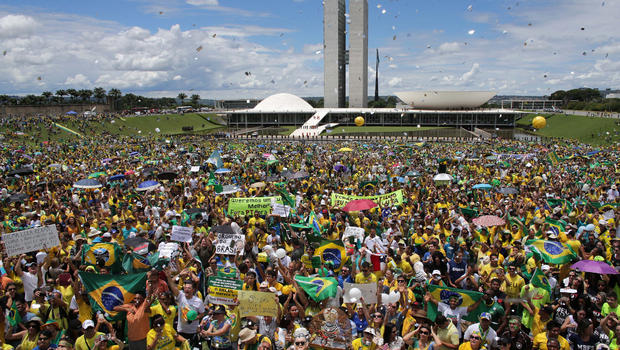 Traders got Bearish on Brazil ETFs Ahead of Impeachment Vote

To the surprise of some investors, the iShares MSCI Brazil Capped ETF (NYSEArca: EWZ) closed lower Monday, a day after the lower house of Brazil’s congress voted to impeach President Dilma Rousseff.

Ahead of Sunday’s impeachment vote, some traders made bearish bets against the largest exchange traded fund tracking equities in Latin America’s largest economy. Entering Monday, EWZ was one of this year’s best-performing single-country emerging markets ETFs with a gain of more than 43%.

Coming into this year, traders were ditching Brazilian stocks and the relevant ETFs as Rousseff failed to stimulate the economy  prevent credit downgrades. Now some investors are reevaluating Brazilian stocks, something that has benchmark indexes there trading at the highest multiples in a decade. However, Brazilian assets became more appealing this year thanks to the weaker dollar, stronger commodities prices and a spate of bad news for Rousseff.