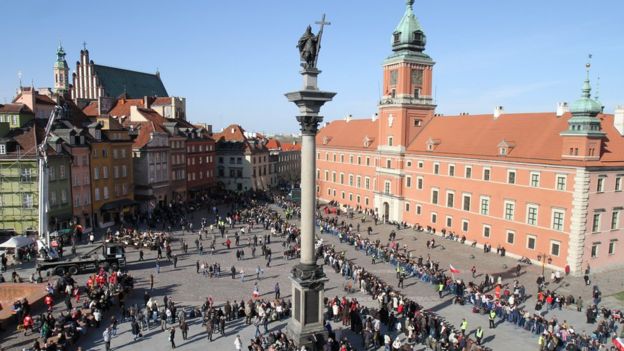 Problems for Poland ETF as European Equities Mired in Downtrend

Plenty of single-country emerging markets exchange traded funds are flourishing this year and that group includes the iShares MSCI Poland Capped ETF (NYSEArca: EPOL), which is higher by nearly 22% over the past 90 days. However, some technical analysts see downside awaiting the Poland ETF.

Poland ETFs were punished last year when the Swiss National Bank surprisingly scrapped the franc’s peg to the euro. The Polish economy is that the country is home to $35 billion worth of franc-denominated mortgages, an ominous trait when the franc is strong.

Thanks to rebounding zloty, Polish stocks are bouncing back this year along with the broader emerging markets space. Commodities prices are rebounding, in turn bolstering some emerging economies, such as Russia, Brazil and other Latin American nations that are represented in EEM. Some market observers acknowledge emerging markets appear inexpensive because earnings growth is contracting with little sign of rebounding in the near-term.

However, European equities are mired in technical downtrends, something that could weigh on EPOL and Polish stocks in the near-term.

“The downward sloping 200 day indicates prices are still in a long-term downtrend, which suggests the recent pressure on prices is totally normal. The current weight of evidence suggests the bias remains to the downside as long as the Poland ETF (EPOL) remains below the 3/18 highs of 19.79 on a daily closing basis. If prices remain below that level, they look vulnerable to test prior support at 17.15 and the all-time lows of 15.47,” according to See It Market.