You are at:Home»Smart-Beta»Keeping Balance With Your Emerging Market ETF Strategy 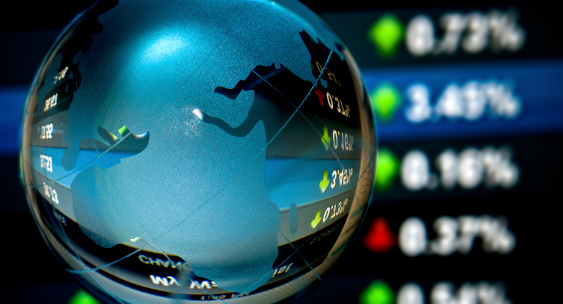 Market cap-weighted emerging market funds are overexposed to a small group of developing economies and heavy on some segments of the market. Alternatively, investors may consider a smart-beta exchange traded fund offering that could provide a more balanced approach to country and sector weights.

EDBI breaks down the universe of securities into investment categories based on sectors and countries. The five-year return patterns of the countries and sectors are taken to uncover relationships – areas that behave alike or differently. The underlying index then combines investment categories with more highly correlated historical performance into smaller number of so-called clusters, which are categorized based on tendency to behave similarly, or show various correlations. Each of these clusters are then equally weighted individually and also equally weighted across the portfolio to produce a diversified investment strategy.

Michael LaBella, QS Investors Portfolio Manager, explained that traditional cap-weighted investments may be overly concentrated to a smaller number of emerging markets. For instance, the FTSE Emerging Markets Index includes about a 50% tilt toward South Korea, China and Taiwan, along with a 80% weight toward the BRICs – Brazil, Russia, India and China. Consequently, investors should take a more diversified approach to the developing world.

“The emerging markets are much more broad than the BRICs,” LaBella told ETF Trends on a call. “The developing countries are not a homogeneous set of countries.”

LaBella pointed out that there is a large dispersion among countries. For instance, China and Greece have been lagging in the emerging markets space this year. Meanwhile, Latin America, Russia, Turkey and Southeast Asia have been among the top performing areas.

Moreover, LaBella argued that traditional market cap-weighted emerging market funds are overexposed to specific sectors. For instance, most cap-weighted benchmarks are heavy on financials, which makes up almost 30% of the MSCI Emerging Markets Index.