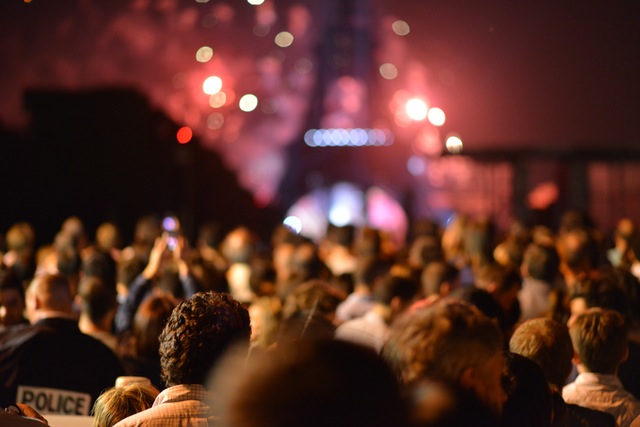 Got a case of TMI (Too Much Information)? ETF Trends takes a condensed look at latest ETF launches and happenings…

WIZE begins trading today on the NYSE. This next generation, smart-beta product allows investors to achieve exposure to a diversified index. This index is composed of U.S.-listed equities weighted by sentiment built by an independent, diverse crowd.

WIZE is unique in that it harnesses the democratized opinions of users, not the opinion of biased portfolio managers. WIZE is an alternative to more common passive index-based strategies. App users’ bullish or bearish views on stocks determine the selection and weighting of the 35 equities in the rules-based CROWDWIS. CROWDWIS outperformed the S&P 500 during its first year by 147 basis points (Jan. 7, 2015 – Jan. 7, 2016). The index was down 0.56 percent for the year ended Jan. 7, 2016 versus the S&P 500 down 2.04 percent on a total return basis.

Martin Mickus, founder and Chairman of CrowdInvest, said WIZE is a smart-beta product in that it provides an alternative weighting to broad U.S. stock market exposure and the ETF puts the average investor in position to own an investment that they can influence themselves.

“Investors can incorporate WIZE into their portfolios by reallocating some of their core S&P 500 holdings into this fund,” he said. “Additionally, people can look at WIZE as a tool to demonstrate their frustration with the underwhelming performance of the average portfolio manager.”

In the interest of staying true to a crowd sentiment-weighted portfolio, the CrowdInvest Wisdom ETF rebalances on a monthly basis in response to changes in user sentiment.

In the past two years, there have been significant developments in Environmental, Social and Governance (ESG) index-based investing. S&P Global Market Intelligence thinks that a more modest global economic expectation, a focus on climate changes and the gender pay-gap disparity and a new generation of investors comfortable with alternatively-weighted passive strategies plays a role.

According to Alka Banerjee, a managing director of S&P Dow Jones Indices, in the last 15 months, the index provider launched more than 30 new ESG indices covering a gamut of climate change issues, fossil fuels and broader ESG metrics. She noted demand for such indices has been strong from both institutional and retail investors.

One such S&P Dow Jones index-based product is SPDR S&P 500 Fossil Fuel Free ETF (SPYX), which launched in December 2015 and had $75 million in assets. The ETF has a 0.20% net expense ratio and excludes companies who own any fossil fuel reserves. Relative to its older sister ETF, SPDR S&P 500 (SPY), SPYX’s energy exposure (2% of assets vs. 7%) is more modest.

Calvert US Large Cap Core Responsible Index Fund (CSXAX), which had approximately $700 million in assets across various share classes, was one of the Calvert index-based equity products that has been performing relatively well.

Within Calvert’s governance criteria are board diversity and support of women and minority-owned businesses. Last month, State Street launched an ETF that focused specifically on investments where women play a significant role within the company’s leadership.

At McGraw Hill Financial, which is the parent company of S&P Dow Jones Indices and S&P Global Market Intelligence, our corporate responsibility mission is to strengthen our communities and build more inclusive and sustainable economies, with a particular focus on supporting women’s leadership and entrepreneurship; McGraw Hill Financial will be changing its name to S&P Global, pending shareholder approval this month.

SPDR SSGA Gender Diversity Index ETF (SHE) is an investment that fits those criteria as the ETF is constructed with companies that exhibit the best gender diversity within each sector. The criteria include the ratio of female executives and female members of the companies’ board of directors to all executives and members of the board of directors. The ETF has $275 million in assets, despite first trading in March 2016.