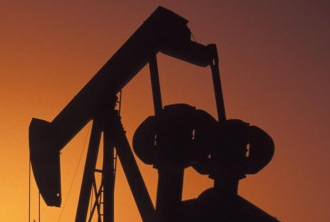 The energy sector is just the seventh-largest of the 10 sectors tracked by the S&P 500. Energy is not all that close to sixth spot, either, as the group trails the weight assigned to industrial stocks by about 340 basis points.

However, that does not mean that sector exchange traded funds such as Energy Select Sector SPDR (NYSEArca: XLE) are not useful indicators of market sentiment.

As oil prices drag on oil company shares, the correlation between stocks and oil potentially weakened to some extent, which may have benefited broad benchmark investments in the event of further crude oil weakness. However, with oil prices rebounding off 13-year lows, investors may be under-allocated toward the energy sector.

With earnings season here, investors should keep an eye on XLE and rival energy ETFs. The energy sector could deliver an operating EPS loss over Q1 for the first time this century. While crude oil prices plunged over the past year, energy producers still managed to eke out positive gains in prior quarters.

Some market observers attribute the worsening conditions in the energy space to the lower spread between Brent and WTI oil, which hurts refiners and companies with downstream operations, and belt-tightening from producers, which puts more pressure on oil services and drillers to pare costs.

“With consensus Street estimates expecting a 27% decline in Energy revenue in Q1 ’16 and a 103% drop in Energy sector earnings (Thomson data source), just from a sentiment perspective it is hard to think that the earnings and revenue estimates revisions get much worse,” according to a Seeking Alpha analysis of the energy sector.