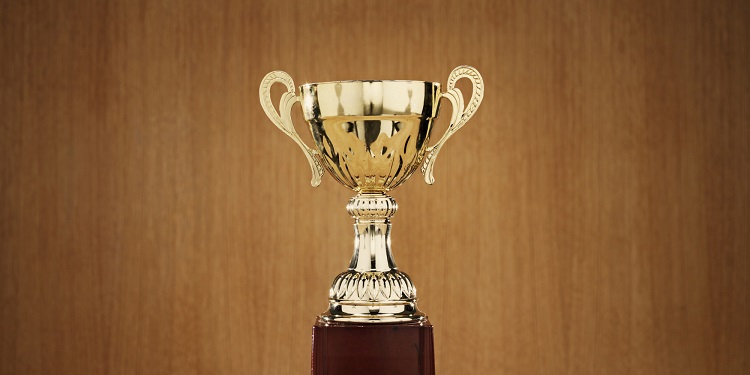 Central Banks Policies… Everyone Gets a Trophy

Note: This article is part of ETF Trends Strategist Channel.

What Did Players Do in the First Quarter to Satisfy the Rules?

In January, the BOJ stunned the markets with a negative interest rate policy in an attempt to drive the yen lower and stimulate exports. The result was the opposite as the yen soared and stocks moved lower. The 5-year Japanese government bond (JGB) ended the quarter at a -.19% yield and the 10 year at a -.04% yield.

In March, the ECB expanded its negative interest rate policy. Monthly bond purchases would be raised to 80 billion euros from 60 billion. The new twist was the purchases would include non-financial investment grade corporate bonds. The ECB also raised (or is it lowered? It’s difficult to keep track of negative rates.) to 40 basis points the fees the ECB charged banks.

The result was European rates dropped further. German 5-year rates went from a -.04% yield to a -.33% yield. French bonds went from .08% to a -.20% yield. Also with negative rates at the end of the quarter were Sweden, Netherlands and Switzerland. Italy and Spain rallied but did not go negative for the 5-year issue. The real market mover though is Germany, where the 10-year rates closed the quarter at .15%, a 47 basis point rally from the close of 2015.

Next up is the PBOC. The PBOC is apparently trying to stabilize the yuan. The effort is trying to manage bubbles in equities and property markets by reversing course on margin rules and short selling. But the real bazooka is “re-educating” the press to relate the “real” story of the improving economic numbers in China.

The last player in our group is the Fed. The Fed did not raise rates at its March meeting. Fed chair Yellen regarded slow global growth, specifically in China, and other emerging markets as concerns. All this, despite data and U.S. trends that support slow economic growth and continued positive trends in employment.

How Did This Work Out?

Gold, the only currency substitute since the dawn of man, was up by 16%. This may be a vote of non-confidence in the Central Banks’ policies.

The dollar retreated 4% for the quarter, helping commodities rally. So where do the roots of the equity bounce come from? Is it from the falling dollar, commodities rebounding, or the Fed on hold? The answer lies in:

The Fed is clearly swimming against the tide. They are trying to set a course of policy normalization to higher interest rates. The market interprets hiking rates as “tightening.” The availability of credit determines if the Fed is tightening, and the banks are awash in cash reserves. Higher rates should steepen the yield curve and help bank profitability. In contrast the BOJ, ECB and PBOC are easing so the Fed is facing headwinds.

“Greater Gradualism” is a term Yellen used in a speech at the end of the month, giving notice the Fed won’t be fighting the tape of other Central Banks easing. There is some dissent on the Federal Reserve voting committee, most notably from James Bullard and Stanley Fisher, as to the pace of the rate hikes. But Yellen’s speech clearly announced to the markets she was in charge. The market has calmed and the fed funds futures market is only pricing in one rate hike in December.

To summarize, “Greater Gradualism” has allowed the dollar to steady at lower levels, keeping equities firm and positive on the year. Equity volatility has dropped. Oil has rebounded off its lows. High yield bond spreads have contracted. Gold “bugs” are happy hiding in their bear currency dens with positive returns in 2016. Bond bulls have been rewarded, with the “lower for longer” trade still working.

Everyone is a winner. . . Everyone gets a trophy.

Since the beginning of 2016, crude oil plunged and found a low on February 11 at $26, a 29% drop. This pulled the S&P 500 down 10% with global markets suffering larger losses. High yield credit spreads widened dramatically. Commodity bonds suffered double digit losses. Chesapeake Energy, a large high-yield index bond, was trading in the $40s and, at year end, it plunged into the teens and the market seemed priced for an imminent default.

Investment grade credit spreads widened out. The sell side was trying to be active, but there were very few buyers. Treasury bonds were the only place to move large blocks of investment grade paper.

Then, as all markets do when pushed to a sentiment extreme, they somehow found a bottom. Oil rallied, stocks bounced. Credit spreads rallied aggressively. Chesapeake came up with the money to pay a March 15th debt payment and the “risk trade” was back on.