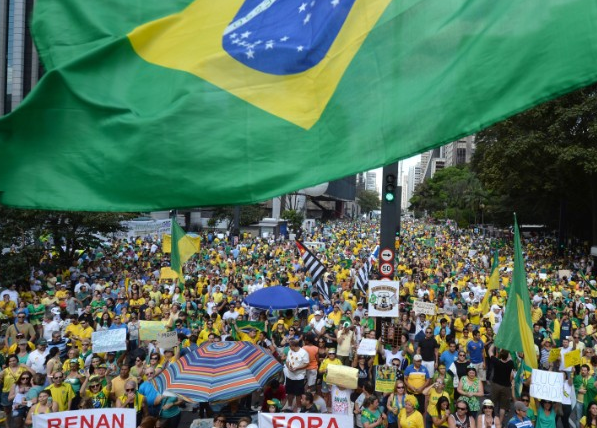 Heading into this year, the iShares MSCI Brazil Capped ETF (NYSEArca: EWZ) was in a bad place. The largest exchange traded fund tracking Latin America’s largest economy lost nearly 42% last year. That after losing an average of 16.5 percent in 2014 and 2013.

Bolstered by a rebounding currency and commodities prices, EWZ is higher by almost 26% year-to-date. The move higher by Brazilian stocks has also been aided by the country’s corruption crackdown. Earlier this month, Brazilian shares jumped as many traders believed the country is moving past a political gridlock that could lead to changes in the government and potentially kick-start the stagnate economy, Bloomberg reported.

Brazil’s “government has not been able to achieve a primary budget surplus since the middle of 2014. Real interest rates at 6–7%, recession, and controlled inflation may only trigger additional debt dynamics deterioration. We believe the only politically feasible path from here will be a significant increase in ex-ante and ex-post inflation and real interest rates,” according to a note from RBC posted by Dimitra DeFotis of Barron’s.