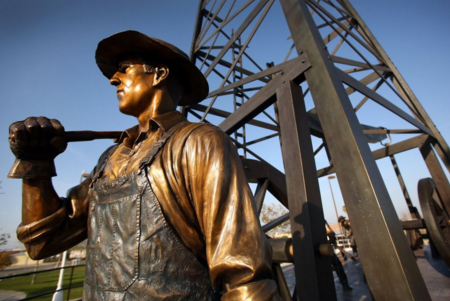 The United States Oil Fund (NYSEArca: USO), which tracks West Texas Intermediate crude oil futures, is up 27.5% over the past month and last week, the International Energy Agency (IEA) said oil prices may have bottomed.

Still, USO and rival oil-related exchange traded products could find themselves beholden to the Organization of Petroleum Exporting Countries (OPEC) this month.

IEA projected global oil demand growth for 1.2 million barrels per day in 2016 but cited a “sharp deceleration in demand growth in the three months to March, particularly in the US and China.”

Consequently, oil traders will have to monitor the Organization of Petroleum Exporting Countries to gauge the supply side. OPEC has hinted at its desire to limit production in face of the prolonged low oil environment. However, Iran, which has just recently re-entered the global oil market, is only just starting to ramp up production, potentially putting a damper on plans for a OPEC cut.

In addition to Iran, other OPEC members have been reluctant to pare production even though oil prices remain low relative to the standards set in recent years.

“Saudis want the price of oil to be low so that they can knock out the Americans,” Gal Luft, senior adviser to the United States Energy Security Council (USESC), told CNBC Friday.

A potential reduction in output is on the table for the March 20 OPEC, but without Saudi Arabia leading that charge, market observers believe it is unlikely other members of the cartel will move to lower production.