You are at:Home»Equity ETFs»No April Fools: Oil ETFs Could Soar Next Month 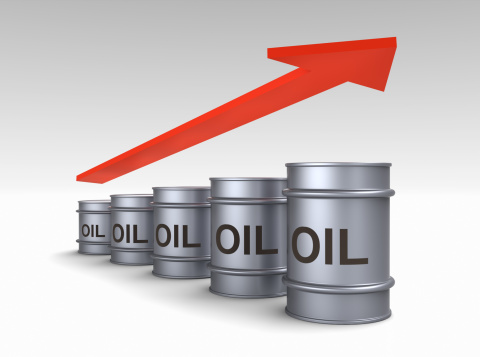 No April Fools: Oil ETFs Could Soar Next Month

Although oil has given back a significant portion of its recent gains, energy stocks and the commodity itself could be primed for some April upside after delivering sound performances in March. The second quarter covers some of the seasonally strong period for oil equities and the Energy Select Sector SPDR (NYSEArca: XLE) is getting going on the trend with a gain of nearly 8.8% over the past month.

As was noted earlier this week, bearish traders are acknowledging the potential for further gains for energy equities as short interest in some major oil names is dwindling.

Good news could come in the form of waning correlations between oil prices and equities. As oil prices drag on oil company shares, the correlation between stocks and oil potentially weakened to some extent, which may have benefited broad benchmark investments in the event of further crude oil weakness. However, with oil prices rebounding off 13-year lows, investors may be under-allocated toward the energy sector.

“The good news for oil bulls? The month following a substantial gain has tended to be a positive one for the commodity. When oil has risen 13 percent in a given month, it tends to rise another 1.5 percent in the month that follows — with the median move in the following month being a 3.7 percent rise,” according to CNBC.