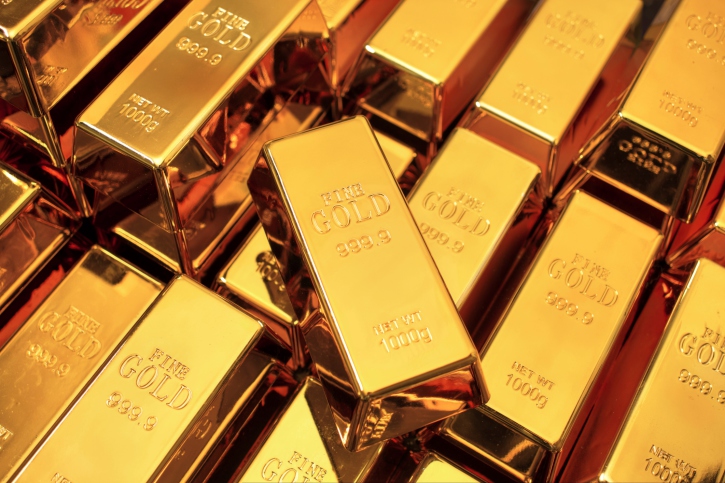 The SPDR Gold Shares (NYSEArca: GLD), the world’s largest physically-backed gold exchange traded fund, is up 17.7% year-to-date and no ETF has added more new assets since the start of the year. In terms of that particular statistic, no other ETF is even close to challenging GLD for asset-gathering supremacy to this point in the year.

Those statistics are not keeping gold doubters at bay. Nor are gold bulls displaying too much concern about what their bearish counterparts have to say. Still, a case can be made that bullion and exchange traded funds like GLD have rallied too far too fast, meaning that if certain price points are taken out, the yellow metal could be vulnerable to technical selling.

Gold prices strengthened this year as market volatility triggered safe-haven demand. Nevertheless, more long-term investors who are seeking insurance through a gold play should not throw everything into the precious metal.

“Money managers are holding the biggest net-wager on a rally in more than a year, and holdings in bullion-backed funds have climbed for 10 straight weeks, the longest streak since 2012. All this comes as Goldman Sachs Group Inc., the bank that foresaw gold’s collapse in 2013, continues to stick by its prediction that prices will start to retreat,” reports Bloomberg.

Said another way, plenty of professional traders and money managers are betting that Goldman Sachs is wrong its assessment of gold.

Gold is seeing greater support from safe-haven demand after currency devaluations across Asia added to investment demand for a better store of value than paper currencies or stocks and bonds. China and India are the world’s two largest gold consumers. According to the World Gold Council, India imported 891.5 tons of gold in 2014 while demand was 811.1 metric tons. The council believes consumption will increase to between 900 tons and 1,000 tons this year. [India Unlikely to Stem Gold’s Decline]