You are at:Home»ETF Strategist Channel»The Correlation Between Oil & Equities Is Not a Sign of Recession: Time To Start Buying 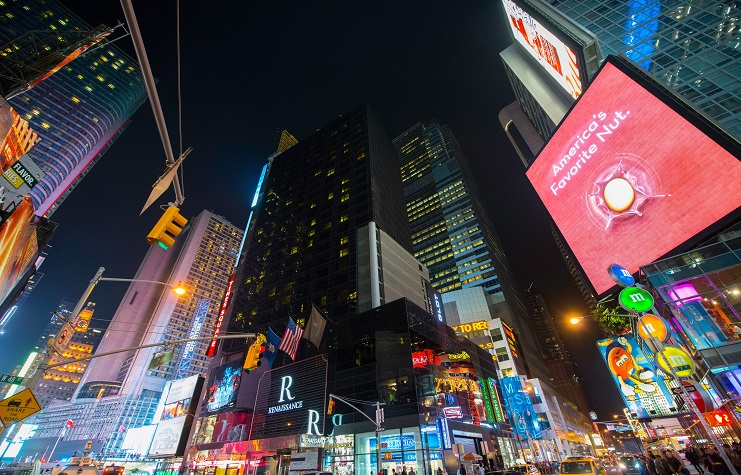 The Correlation Between Oil & Equities Is Not a Sign of Recession: Time To Start Buying

Based on conversations with our partner financial advisors, one of the most troubling and confusing aspects of recent market volatility is the close connection between the oil market and the stock market.  If oil prices fall during the trading day, then equity prices almost inevitably follow oil lower.

Falling oil prices are typically seen as beneficial to global consumers, and equity prices outside the energy sector historically tend to be largely immune to or even benefit from cheap oil.  The few times in history that oil and stock prices have fallen in tandem were driven by the onset of a global recession. Thus, despite robust US job gains, improving new home sales, and the positive impact of lower gas prices on their personal finances, investors are increasingly fearful that the close correlation between oil and equities is once again signaling a recession and the potential for a market crash similar to 2008.  We strongly disagree.

The meltdown in oil prices is driven by excess supply rather than slumping demand, and is not signaling the onset of a global recession.

The strong connection between oil prices and equity markets has been caused by forced liquidations from the sovereign wealth funds of the major oil-producing countries. The impact of this forced selling is likely to diminish as equity markets anticipate accommodative moves by the European Central Bank (ECB) and the Bank of Japan (BOJ), and a pause in interest rate increases by the Federal Reserve.

This is not 2008.  The current debt crisis is in the oil industry, while in 2008 the problem was housing. The housing industry dwarfs the energy industry in size and economic importance, in our view. Collapsing home prices crippled the 70% of consumers who owned a home and the vast majority of banks overexposed to mortgage debt. Further, it did so without producing any economic “winners,” as almost no one benefited from the 30% drop in home prices. In the current situation, low oil prices are hurting oil producers and the handful of banks and investors that lend in that space. The economic winners from low oil prices include virtually every other sector of the economy.

It’s time to start buying.  Recent trading patterns (dropping through our support levels but rallying back above support by the close) look like a potential “capitulation” that often marks the end of a correction.  Over the past two months we raised between 20% and 30% cash in our portfolios as the S&P 500 broke our stop losses of 2050, 1985 and 1940.  With the market having tested and held in our support zone (1840-1860), we are looking to opportunistically putting that cash back to work.

Oil – The Problem Is Excess Supply

In late 2014, Saudi Arabia began pursuing a strategy of producing enough oil to reestablish their position as the dominant supplier of oil in the global market.   Although the long run impact of the extra Saudi oil may ultimately be to drive out higher cost producers, over the short term these higher cost producers have continued to produce at near record volumes. Whether a US fracker trying to cover interest payments or a Russian oil minister trying to meet revenue targets, low oil prices are paradoxically pushing more oil onto global markets.  As shown in the chart below, oil supply has been increasing far faster than the rate of demand ever since the shift in Saudi strategy.

The chart also makes clear that demand, while not keeping up with surging supply, has continued to grow at about the same pace for the past 5 years.  Bears will correctly point out that demand should be accelerating in the face of such dramatic declines in oil prices, but we believe that structural and policy changes in China have masked the increased oil consumption occurring in the developed economies of the world.

China is the world’s largest consumer of oil and the most important source of demand growth for petroleum products.  Given their dominant position in global energy markets, China’s slowing economic growth and shift away from energy-intensive manufacturing is clearly weighing on global energy demand.  According to the EIA, China’s share of oil demand growth is estimated to have fallen from 43% in 2014 to almost 25% in 2015. However, global oil demand continued to increase at its trend rate of growth in 2015, meaning that demand outside of China must have accelerated enough to offset China’s decline.   This supports our belief that low oil prices are strengthening the economic recovery in developed economies like the US, Europe and Japan.

An additional consideration for investors is the effect of China’s current energy policy is on internal demand for oil.  Chinese leadership is very committed to domestic energy production and next-generation energy technologies. Lower oil prices threaten the massive investments China’s state-owned enterprises have made in these industries. To protect these investments, China is currently maintaining a $40 floor on the price of oil. Chinese consumers and companies do not benefit as prices drop below this floor, and therefore the largest oil importer in the world isn’t increasing consumption as prices continue to fall. The $40 floor allows China’s government to profit as oil prices decline, and it has no financial incentive to alter this policy. Thus, investors should not expect a sudden surge in demand from China, even if their economy accelerates.

Sovereign Wealth Funds: The Linkage between Oil and Equities

Relatively high oil prices over the past decade allowed oil-producing nations (Saudi Arabia, Kuwait, Norway, Bahrain, etc.) to accumulate petrodollars in sovereign wealth and other types of reserve funds.  Like many investors, ultra-low interest rates caused these funds to seek higher returns outside of government guaranteed bond markets.  Sovereign wealth funds bought hundreds of billions in equity, corporate bond and real estate investments with the surplus revenue made possible by high oil prices. According to Bloomberg, these funds currently account for between 5 to 10% of total global investment dollars.[1]  Low oil prices are turning budget surpluses into deficits, and these funds are having to sell assets to make up for the budget shortfall. For example, over the last 6 months Saudi Arabia’s reserves have shrunk by more than $100 billion.

These sovereign wealth fund liquidations have trapped the markets in a self-reinforcing cycle – low oil prices force oil producers to pump more oil to fund their budget deficits.  That makes oil prices go down, so they sell stocks to fund the budget gap.  Selling pressure from the sovereign wealth funds make stock prices go down, which means the funds have to sell even more to meet their fundraising targets, causing additional downward pressure on stocks. The process repeats with the next drop in oil.

Ending this cycle requires a forecast of stable oil prices, something that we are not yet prepared to make.  Instead, we believe that the combination of attractive equity valuations, improving fundamentals, and strong technical support will start attracting enough buyers to compensate for continued selling by sovereign wealth funds.